×
Sandwiches are life-saving breakfast menu. Someday’s i have everything ready the previous night, even i plan what to make for the next day. But someday’s are worst, i will be totally blank and will be standing still thinking what to make, while the clock runs in great speed that particular day.
Today was one such good day,adding to that, i woke-up late, blame the winter on-set!!  By the time i entered the kitchen,  it was already 6 and my kiddo has to leave in another 30 minutes. Thank god, for i got some capsicums cleaned and cut roughly the previous week , quickly made these sandwiches with methi roti and packed his box. yet to know the result, but to my taste-buds it was awesome. Aroma of methi along with capsicum paneer makes a wonderful, filling meal for all the senses. 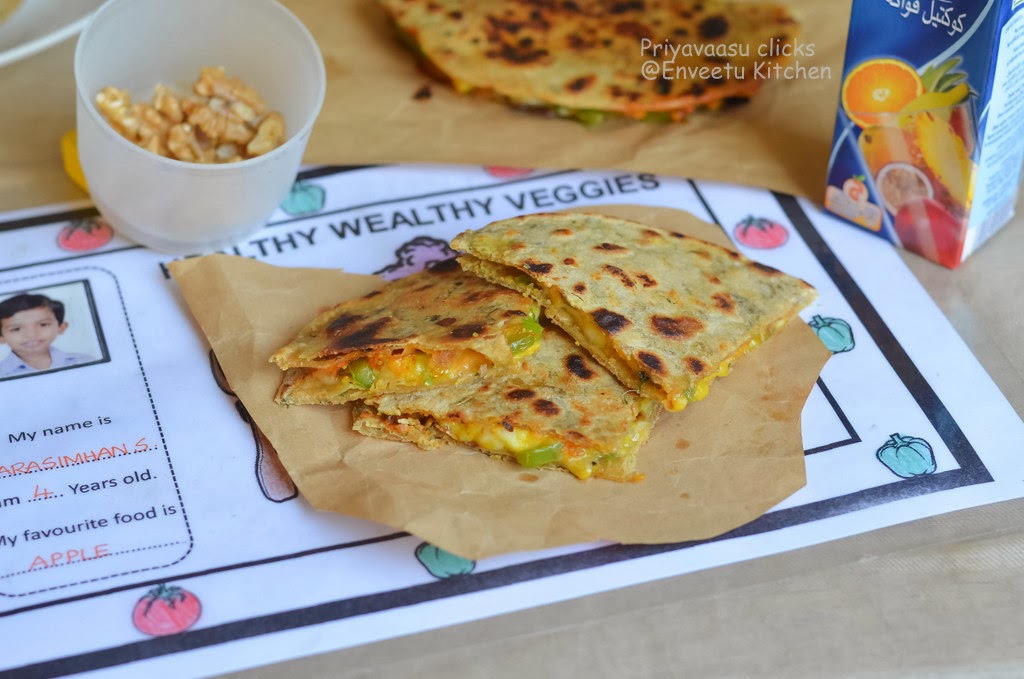 I made fresh dough for the sandwiches, you can even make it with leftover roti’s or even with bread. 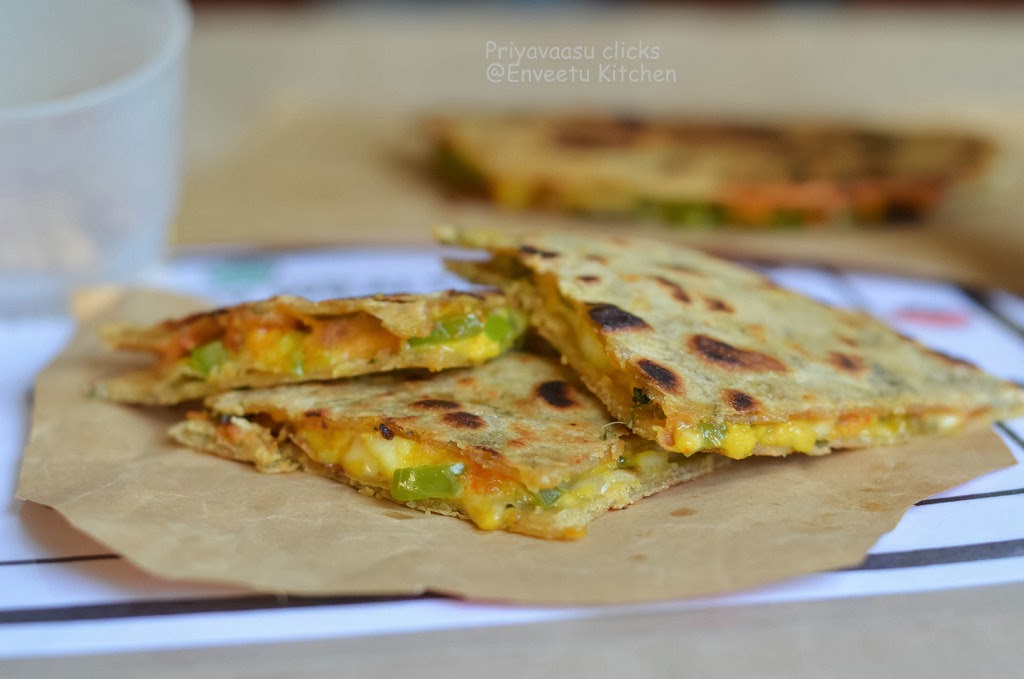 To Make the sandwich (2 methods) 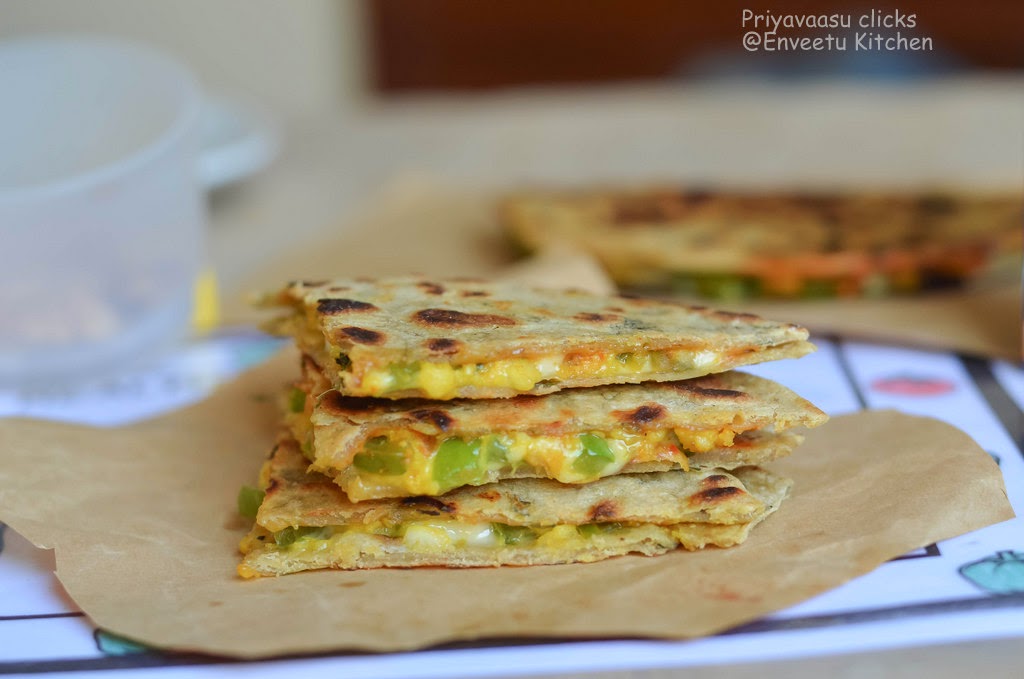 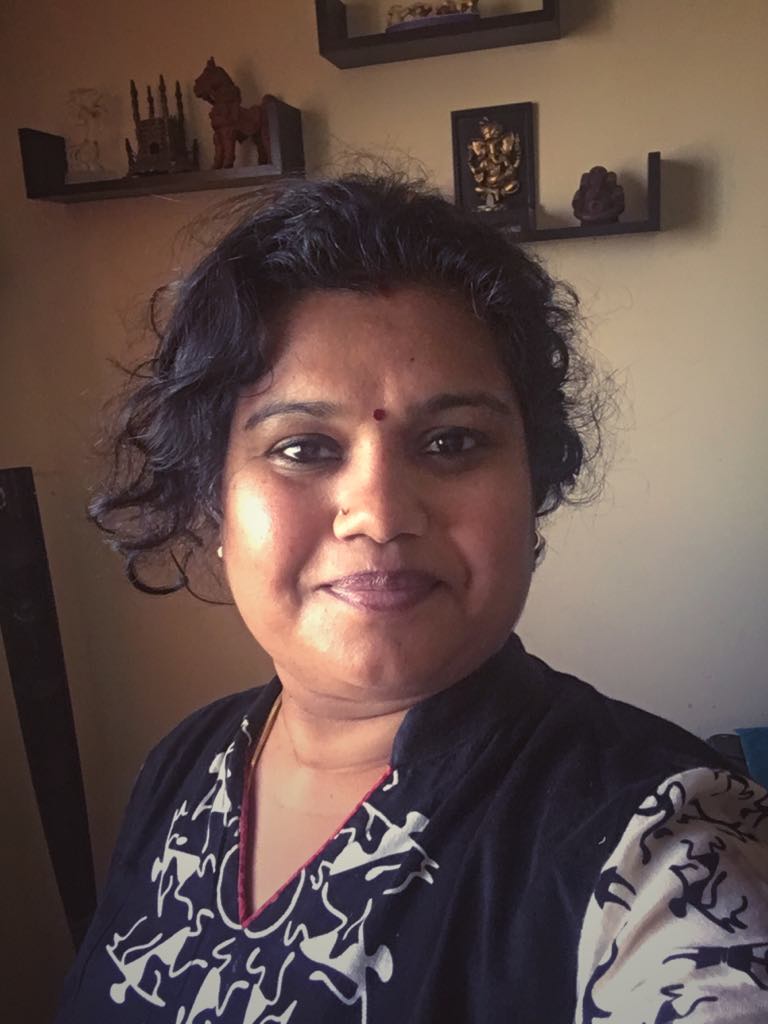 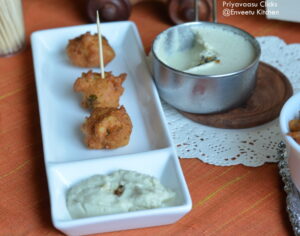