×
Baked French Toasts, i saw these recently in one of the magazines and thought of trying it. There is always this magic around that french toasts, what is causing it, is that the taste of the name? Who named it french toast? When i tried to read about it, it is originally called “pain perdu”, meaning “lost bread”,since these toast are made with stale bread, that is bringing back the lost bread. Earlier french toasts were made by just soaking in milk, only later they started adding egg, for an eggy golden toast. Apart from egg and milk, they can also be soaked in variety of liquids, rose water, wine, orange juice etc, etc. Now,this will give to way tooo many french toast recipes, right??
There is something called Hongkong French toast, do you know? A French toast, made in hongkong style. It sounds like Chai Tea!!!

Now lets get to the recipe, i tried combining two favorites peanut butter and nutella, it was delicious outcome. My lil one didn’t want to try, the only toast he likes is Banana, honey and walnut sandwich. But my hubby and my elder one, literally licked the bowl clean. 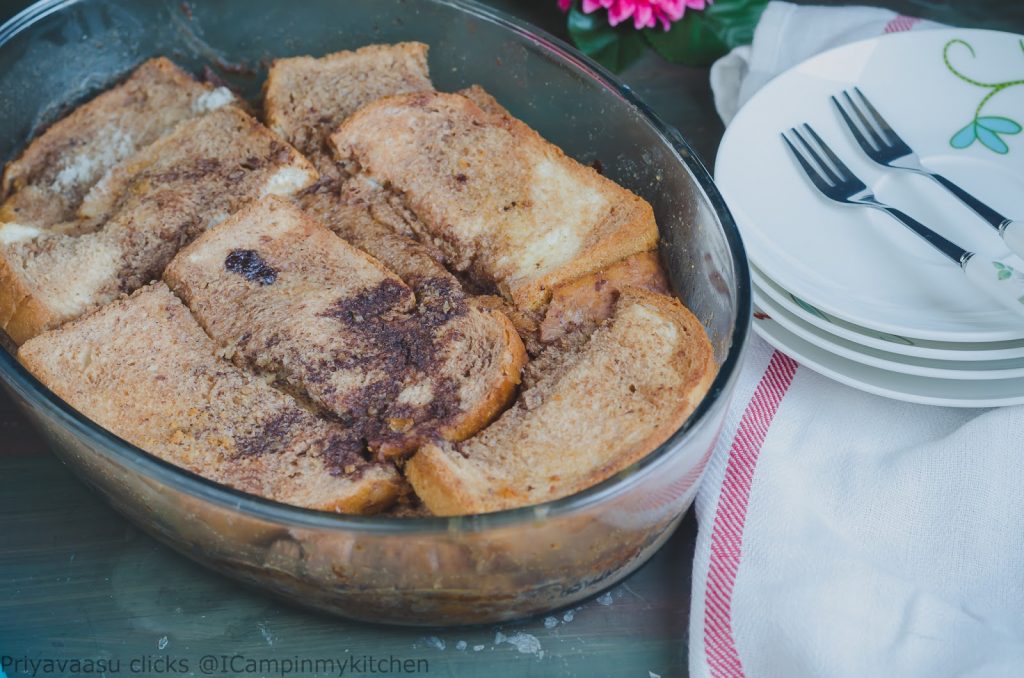 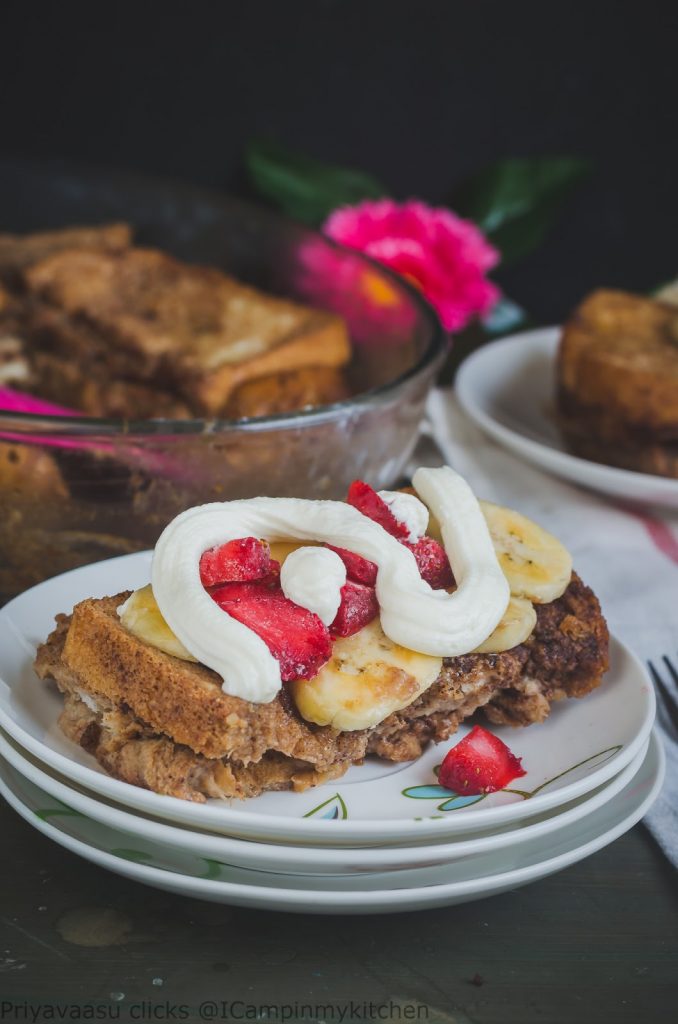