The 4th week of BM Buffet on Table, we are doing a week long breakfast across countries theme. Since i m already doing a A-Z on Breakfast all through this BM, i chose to make something interesting, do-able from Vietnamese cuisine. Vietnam food offers too many breakfast cakes and each of them is as popular and tasty as one another. Some most common cakes can be named as Bánh Chưng Rán, Bánh Giò, Bánh Khúc, Bánh Rán, Bánh Nếp, Bánh Tẻ, Bánh Đúc, Bánh Dày. 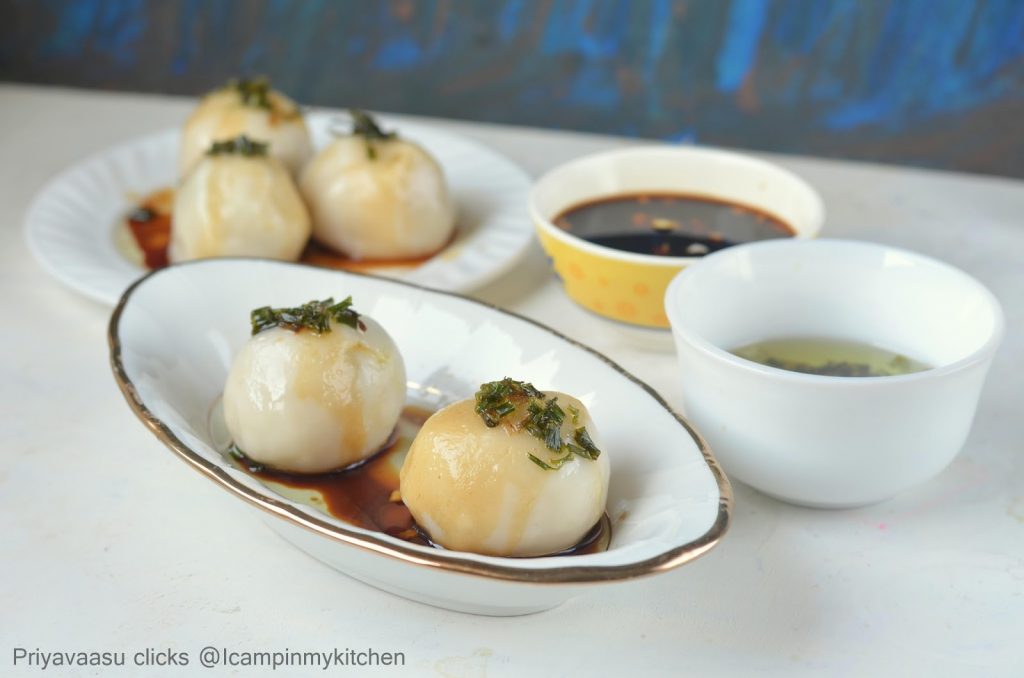 For the last BM, Around the world in 30 days, i have made Bánh Bao. from vietnam, but that was a steamed bun. This Banh It tran is cooked in hot water and served with onion oil and dipping sauce. It is somewhat similar to our own kozhukattai, but only difference in making the dough and cooking it.
Only the ingredient list and the name might sound so different and difficult, but it is pretty easy dish to make and you would definitely love the taste. 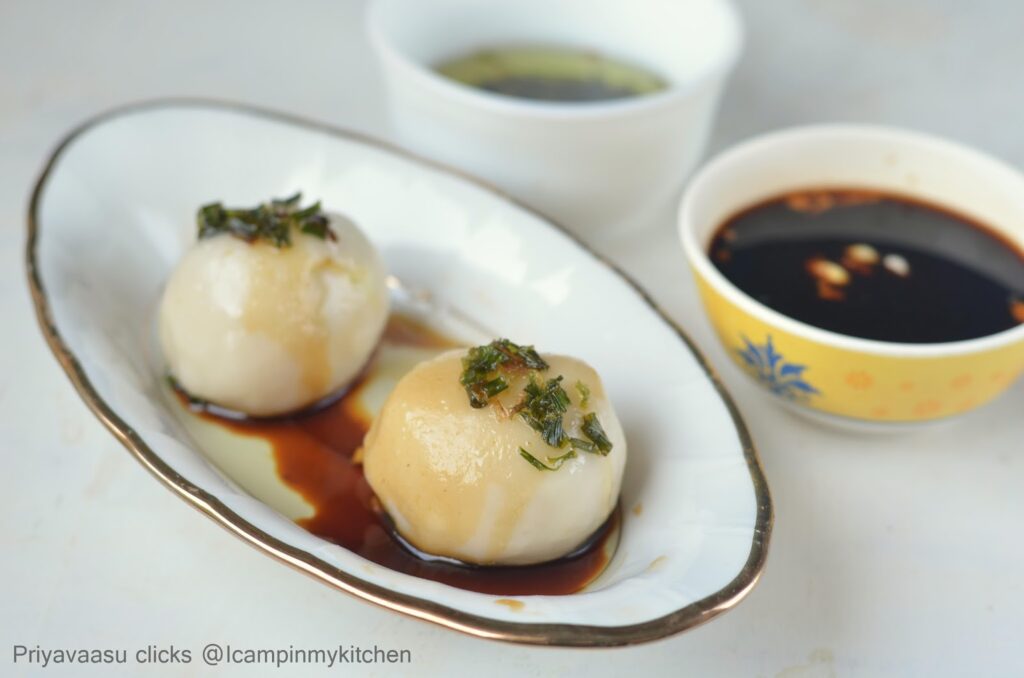 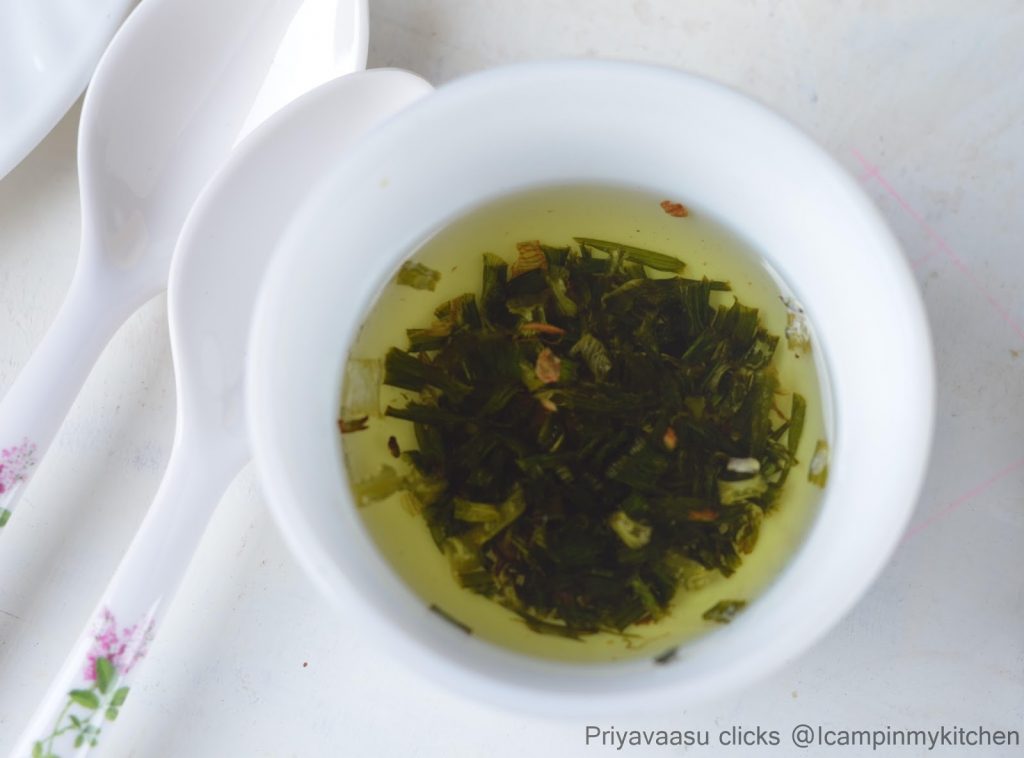 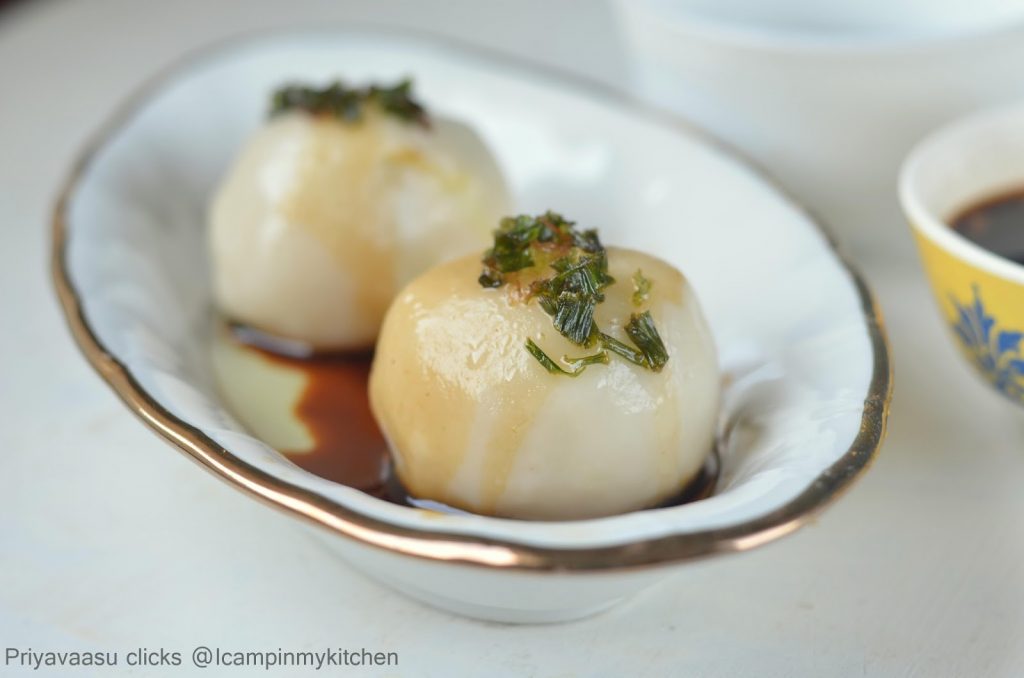 For making the dumplings

To Cook the dumplings 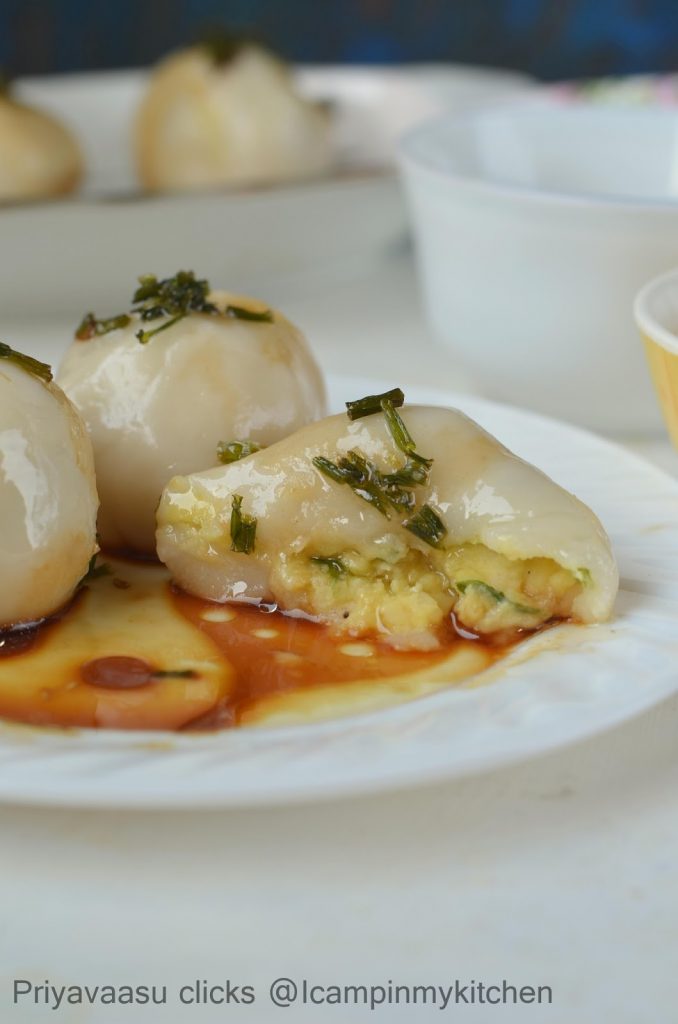 Sending this to Come,join us for breakfast, happening @ +srivalli jetti space. 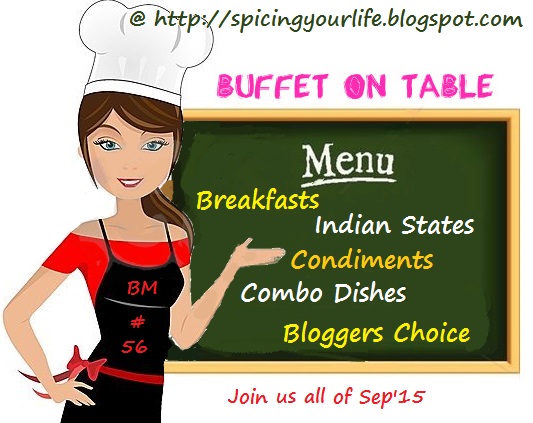