Its the Second day of the Mini-Marathon and i m racing against time to finish my post!!! i m totally down with Cold and Throat Infection. Have some guests for Dinner, but still trying to finish this post. Quesidilla is actually a Mexican Food, made primarily of Cheese, folded in a Tortilla!!!! We can Vary the stuffing inside and make quite a lot of Varieties. The Original Recipe is from Tarla Dalal’s Fun Food for Children, I have modified the stuffing a bit according to my Kid’s taste. 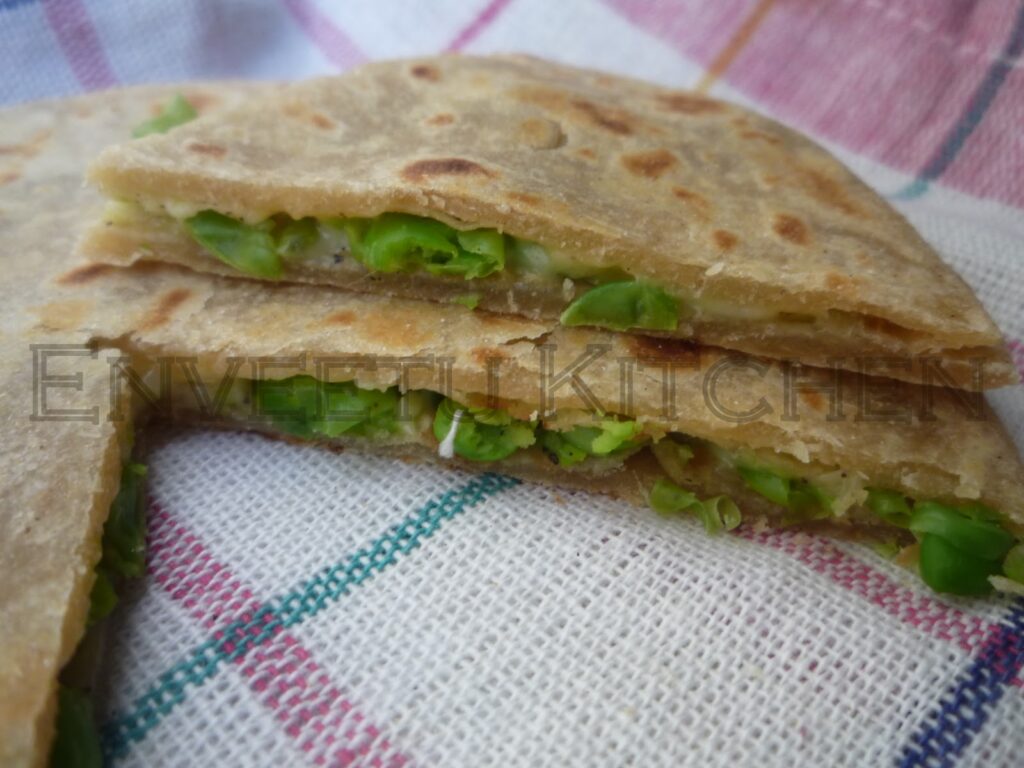 To be Mixed into a Filling
¼ Cup Peas, Cooked
¼ Cup Shredded Mozarella Cheese
Salt and Pepper to Taste

Method
Take Wheat flour, Plain flour in a large bowl, add Salt and oil and make a soft dough adding enough water. Knead the dough well. Divide into 6 portions.  Roll out into thin rounds and cook lightly on a tava and Keep aside.
Mix everything given under “Filling” in a separate bowl. Divide the filling into 3 equal portions.  Spread one portion of the filling on a tortilla. Cover with another tortilla  and Cook on a Tava using little butter on each side until golden brown in Colour.  Serve Hot with Tomato Ketchup. 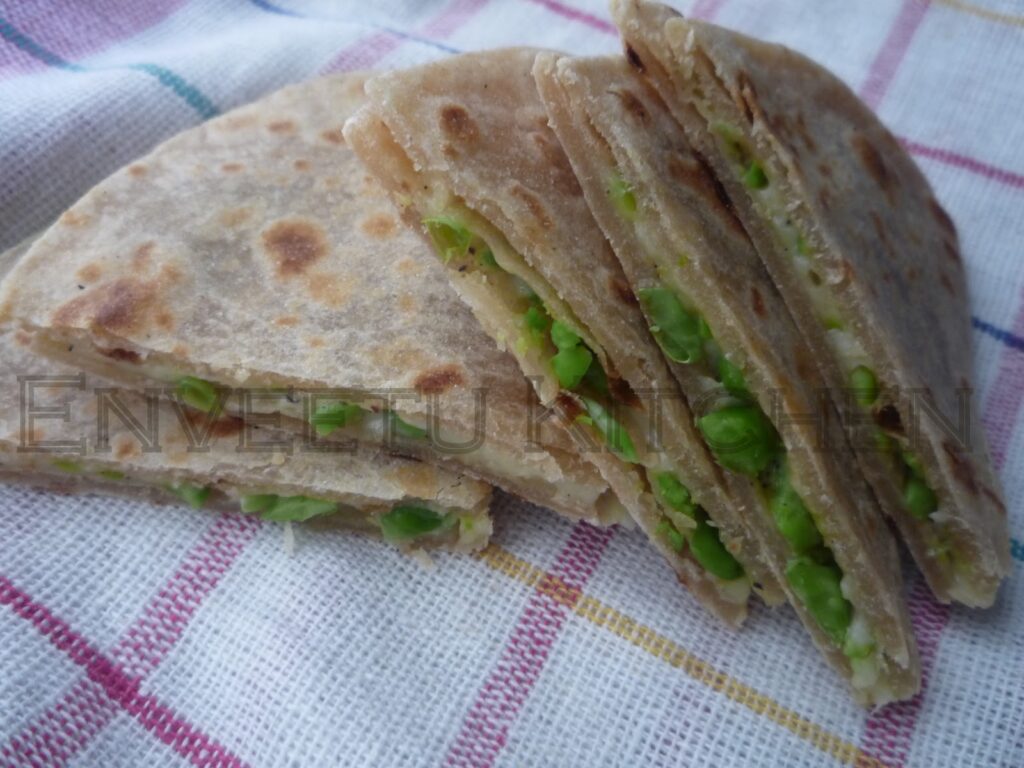 Note: The Original Recipe Called for Chilli Sauce in the Filling, Since i m making it for my Kid, i have used Pepper. And also it was Baked Beans in the Original recipe, i didnt have any beans handy, so i replaced it with Peas. Go ahead, be Creative, change the filling and Surprise your kid!!!!
Sending this to MLLA-32 hosted by Sandhya’s Kitchen, Event by Susan