Today’s recipe is from my drafts. These cute hand pies i made during navrathri, when there was loads of apples around, i made them after making Apple chocolate smoothie. The recipe is inspired from The Blonde Buckeye. I first saw them in Foodgawker’s gallery and totally loved the shape of it. I have just replaced the sour cream in the recipe with hung curd and used 50-50 Whole wheat flour and All purpose flour. 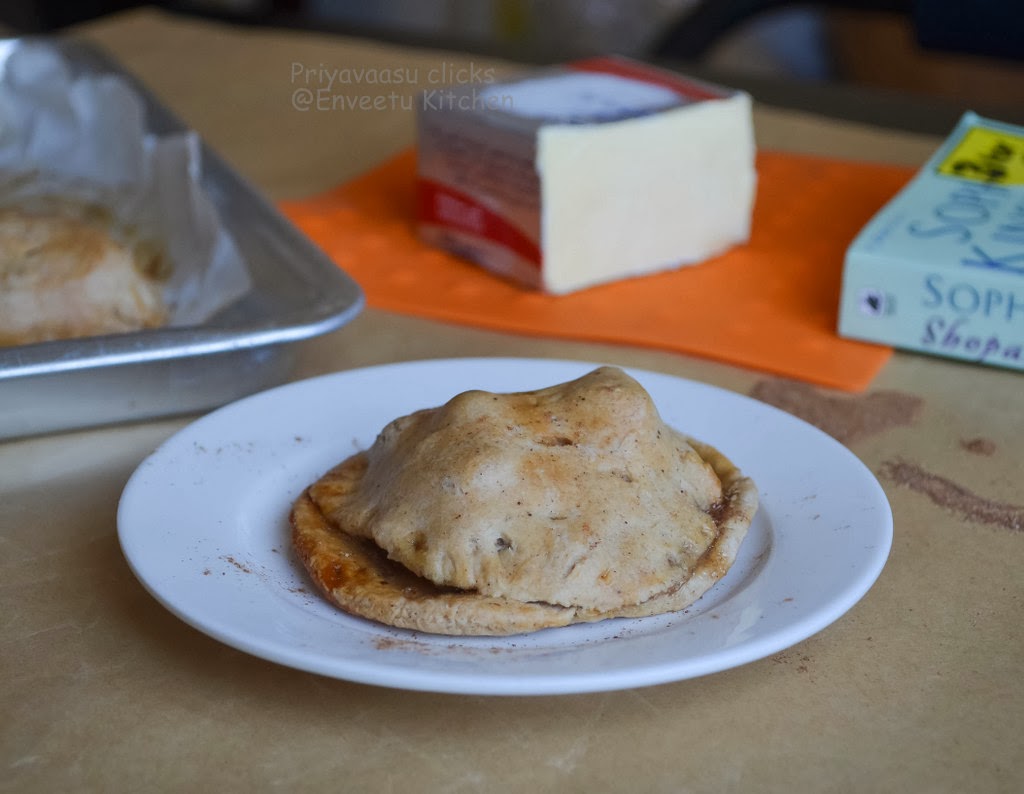 I found these hand pies easy to serve than the regular pies. I actually prepared the entire dough into pies and baked 4 at a time, freezing the rest. They come in quite handy when you have  a guest or when you crave for something sweet. These are good to be packed for lunchboxes too, as they are small and handy to pick and eat. 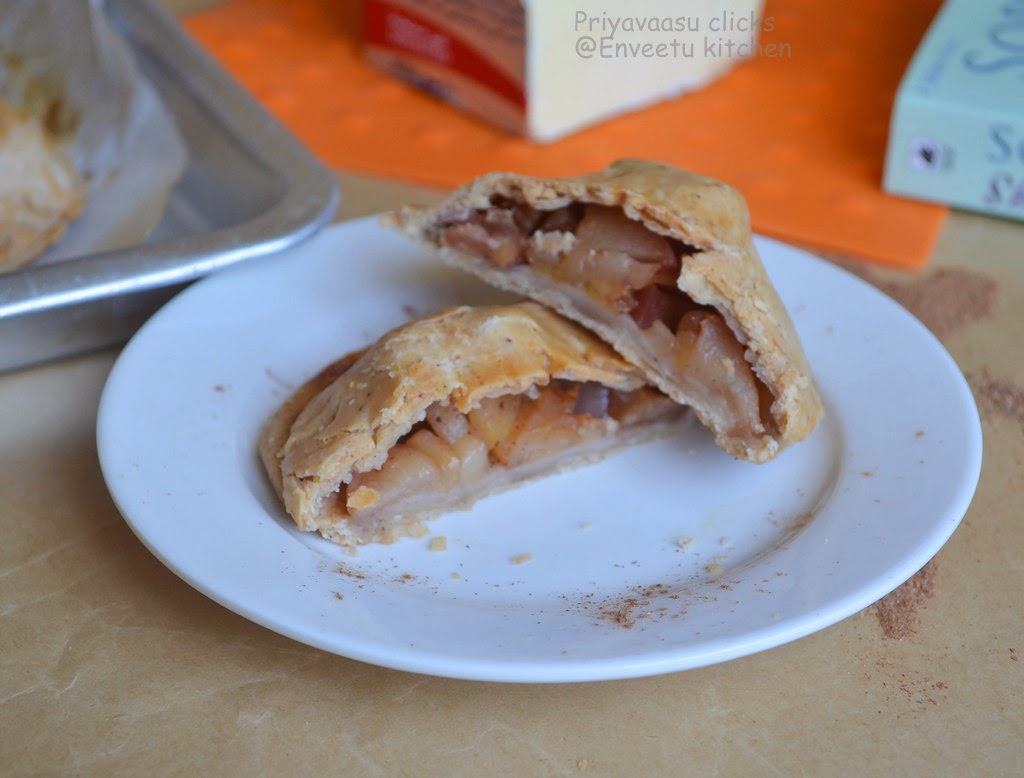 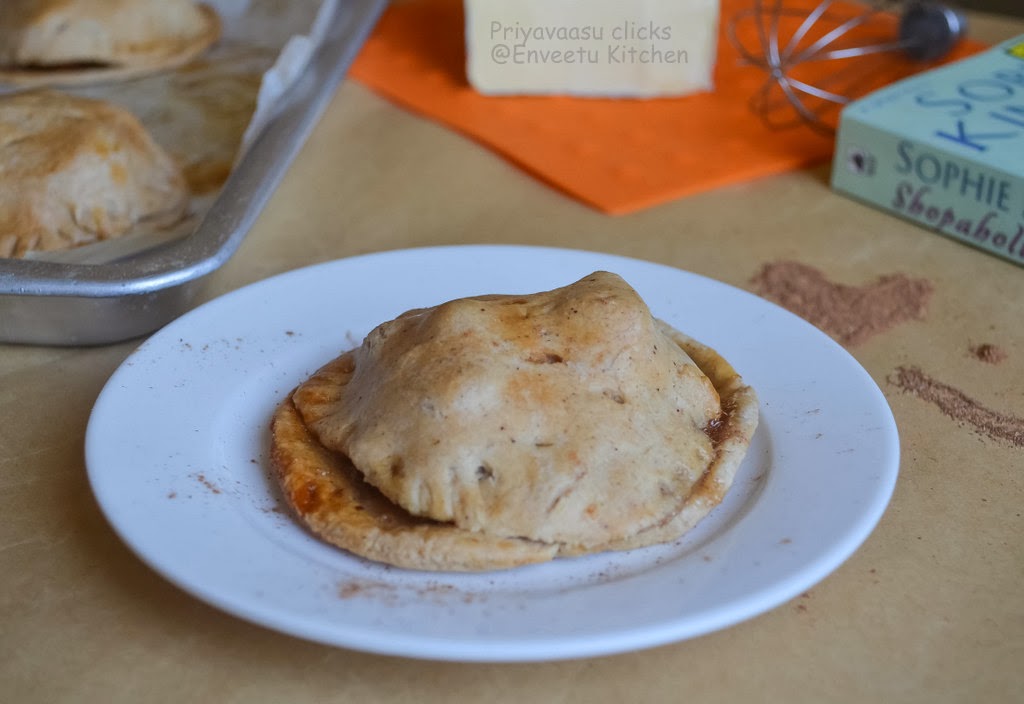 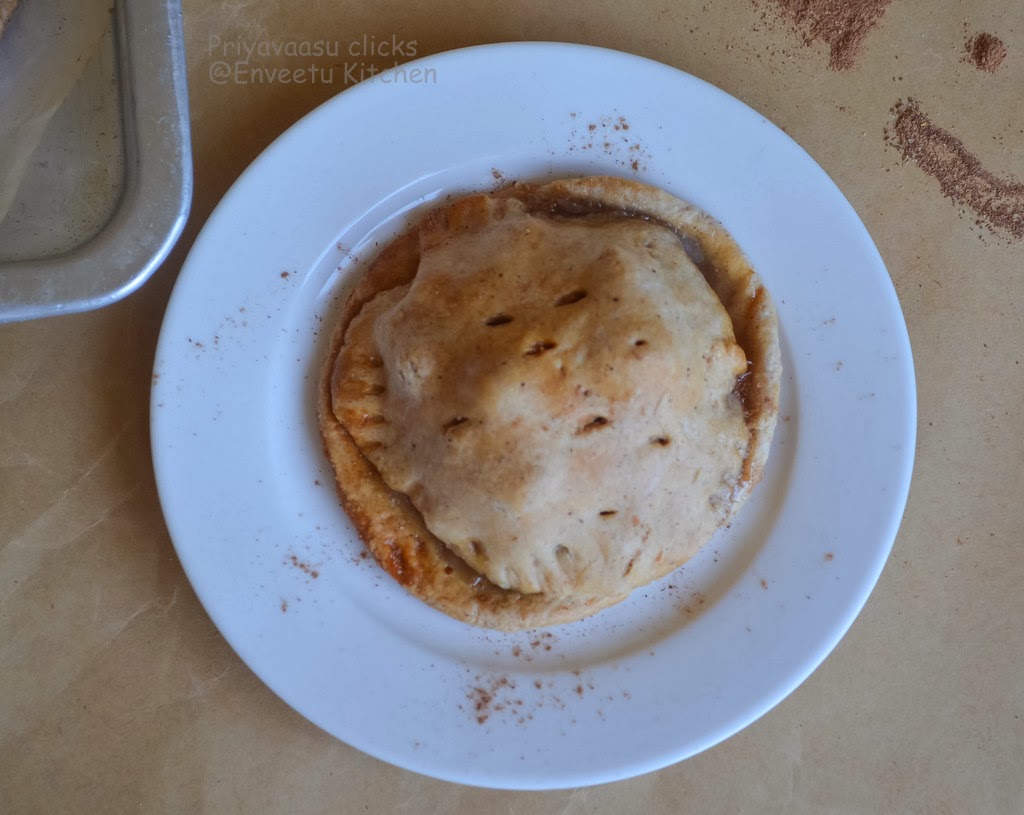 To make the pies: