Barmbrack, also called Barnbrack or often shortened to brack,is a yeasted bread with added sultanas and raisins.They are usually sold in flattened rounds, it is often served toasted with butter along with a cup of tea in the afternoon. The dough is sweeter than sandwich bread, but not as rich as cake, and the sultanas and raisins add flavour and texture to the final product. In Ireland it is sometimes called Bairín Breac, and the term is also used as two words in its more common version. This may be from the Irish word bairín – a loaf – and breac – speckled (due to the raisins in it), hence it means a speckled loaf. 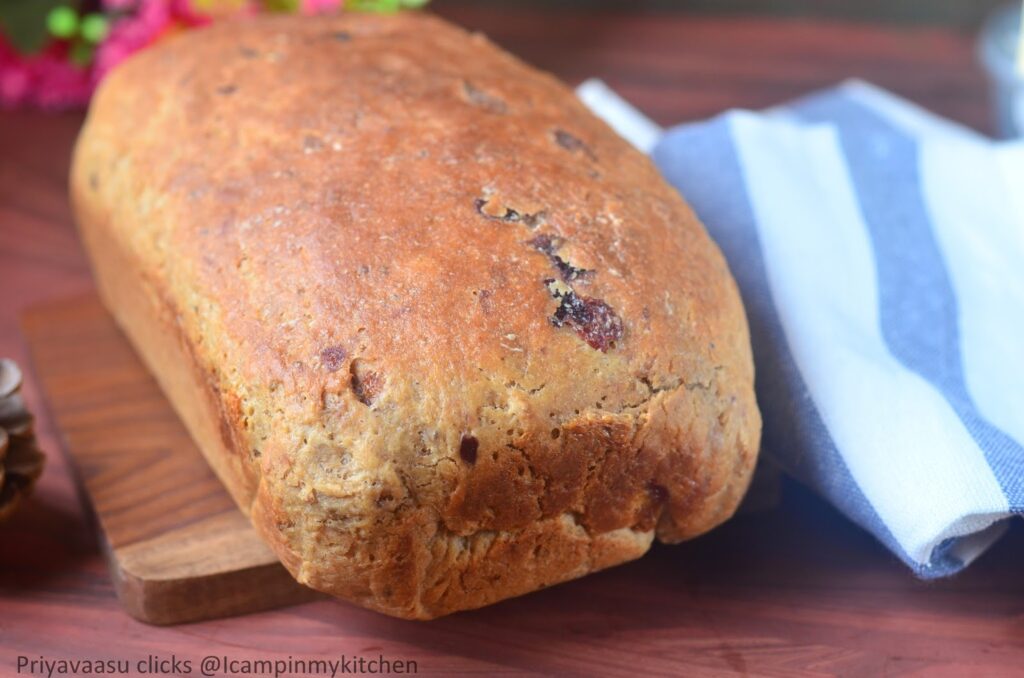 Barmbrack is the centre of an Irish Halloween custom, that involves baking with small trinkets in the loaf. So, when the bread is cut and served and you get any of the trinket, that would tell your fortune.  In the barmbrack were: a pea, a stick, a piece of cloth, a small coin (originally a silver sixpence) and a ring. Each item, when received in the slice, was supposed to carry a meaning to the person concerned: the pea, the person would not marry that year; the stick, would have an unhappy marriage or continually be in disputes; the cloth or rag, would have bad luck or be poor; the coin, would enjoy good fortune or be rich; and the ring, would be wed within the year.
This is again a bread from +Aparna‘s We Knead to Bake group. Glad i baked this atleast for Christmas. We loved the bread warm with butter and kids enjoyed it with a generous slather of nutella. 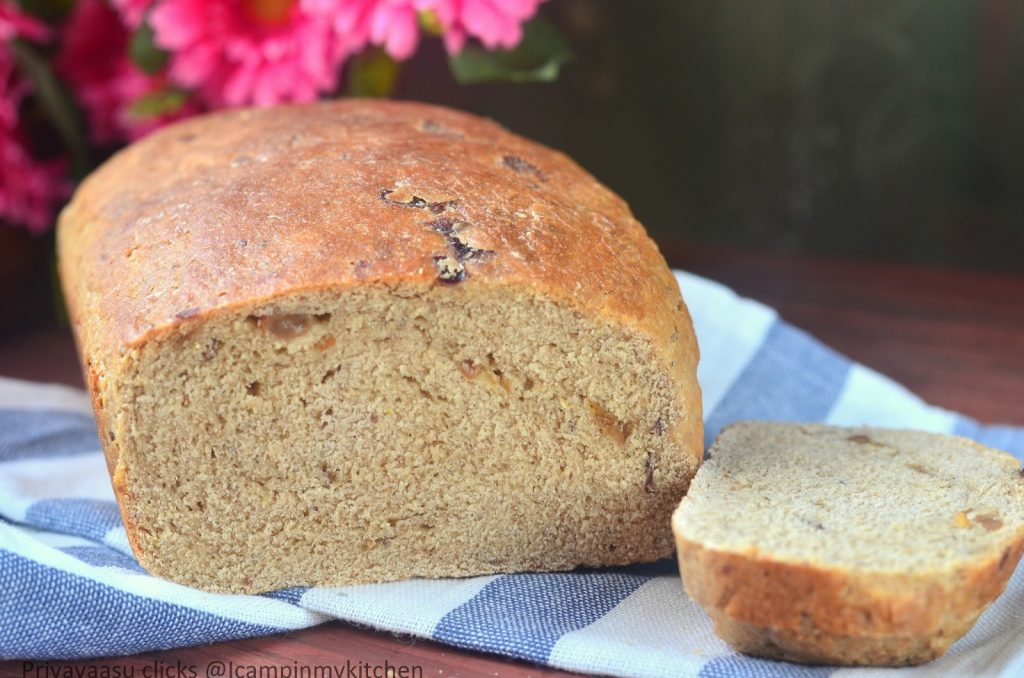 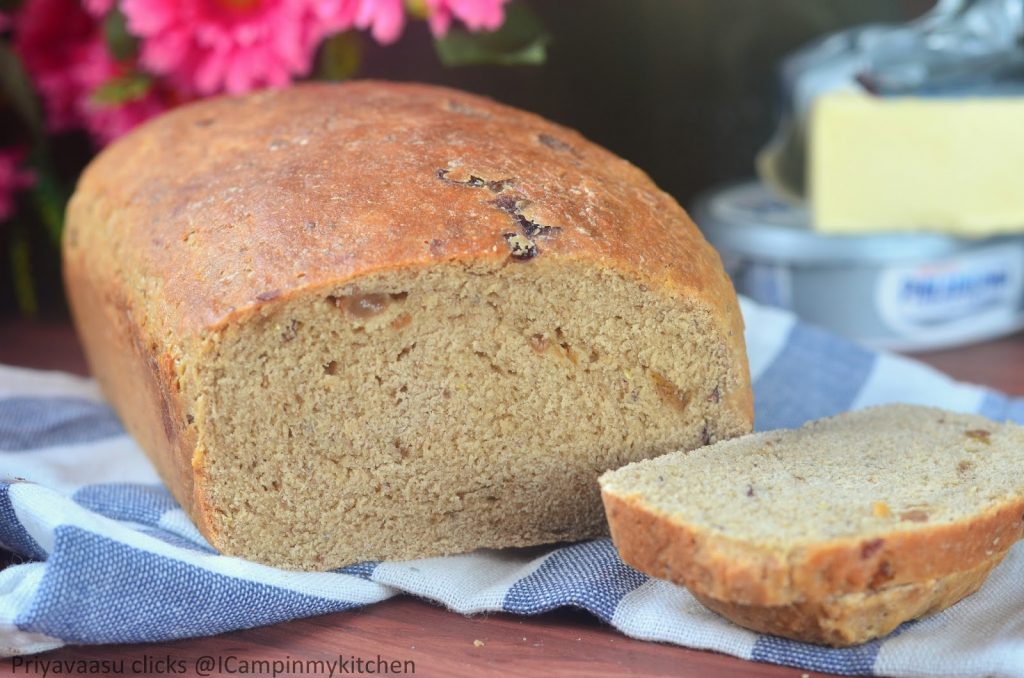 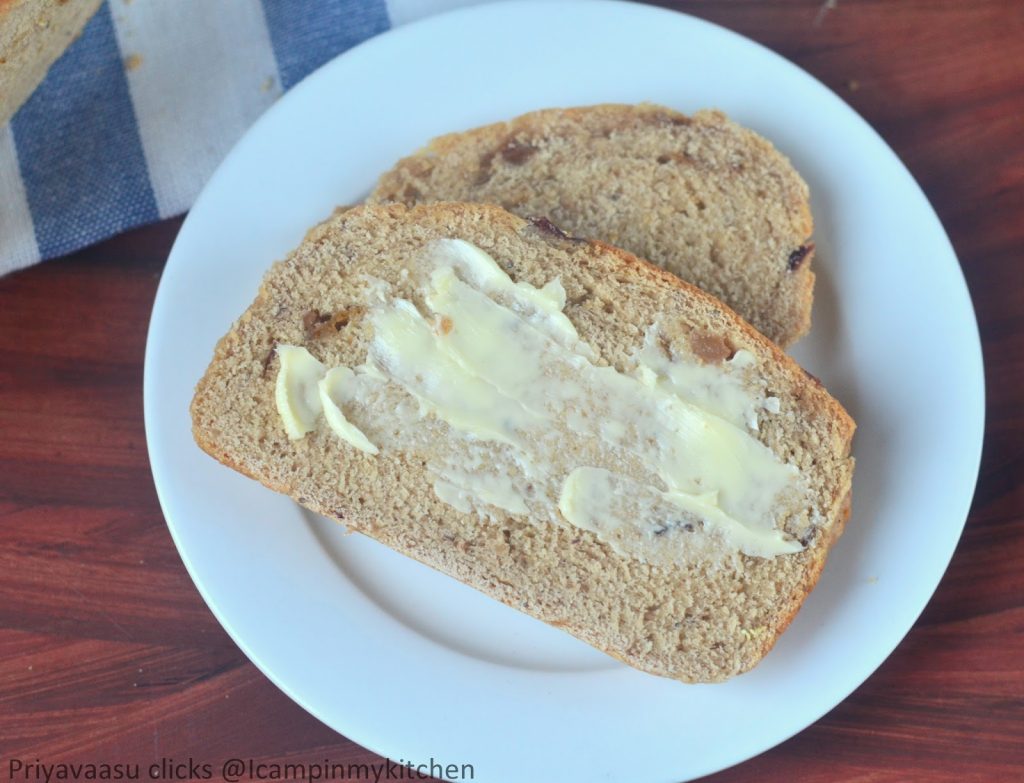 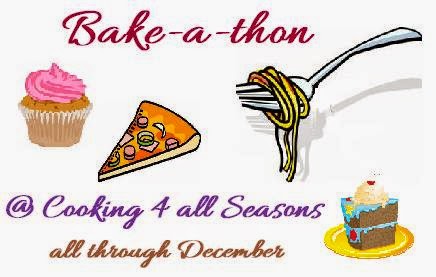