Today we are travelling to Finland. When i was in a dilemma to chose which country for F, kuttu helped me. He wanted me to cook something from Finland. Finnish cuisine is notable for generally combining traditional country fare and haute cuisine with contemporary continental style cooking. Finnish foods often use wholemeal products (rye, barley, oats) and berries (such as blueberries, lingonberries, cloudberries, and sea buckthorn).
I was so attracted to the variety of breads they make. yes, lots of variety in rye breads, Ruisleipaset(small rye bread), Hataleipa (emergency rye bread), näkkileipä (Crisp bread), Reikäleipä (hole bread), Limppu(Loaf).
Apart from these yeast breads, they have their popular Rieska’s – unleavened bread made out of barley flour, sometimes rye flour. But these days many make it using All Purpose Flour also. Peruna Rieska (potato rieska), Ohrarieska (barley , ruisrieska(rye), Maitorieska (milk), Sweet potato rieska.
I m totally attracted to finnish breads and have bookmarked to bake many from this country in coming months. But, for today, here comes the simplest of all. Wonder of this bread is, it doesn’t use even a drop of oil, not even to coat the bowl in which i kneaded the dough. 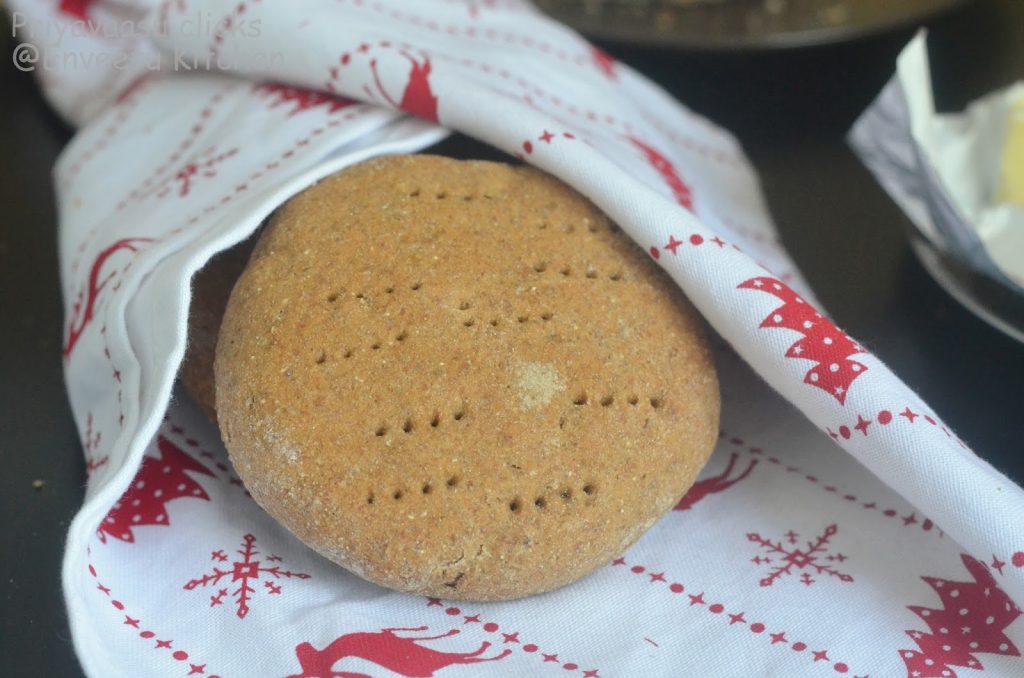 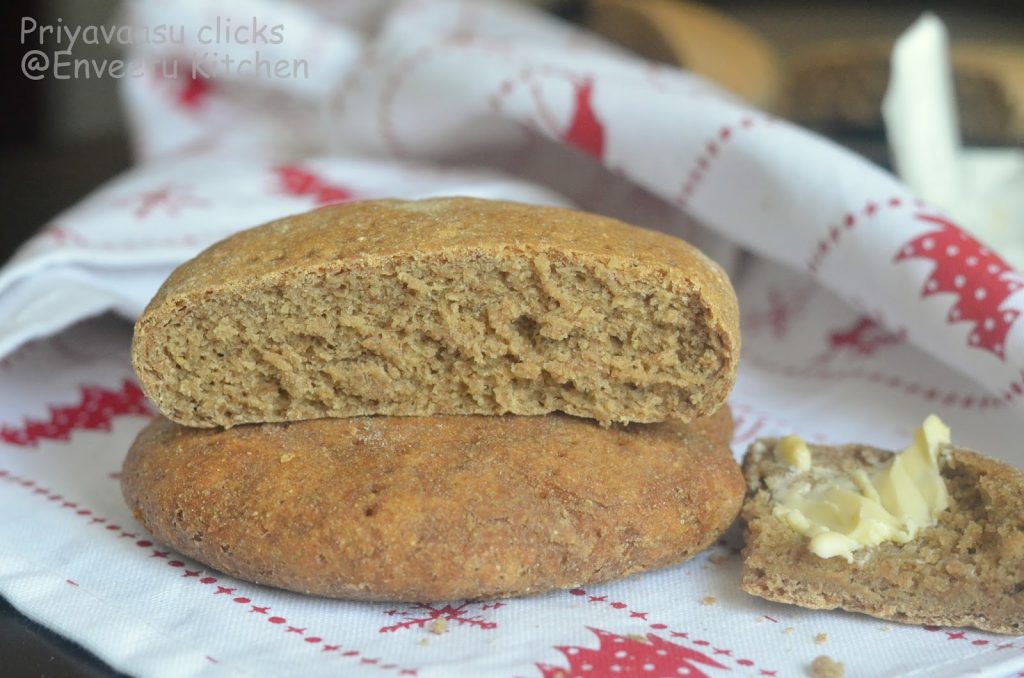 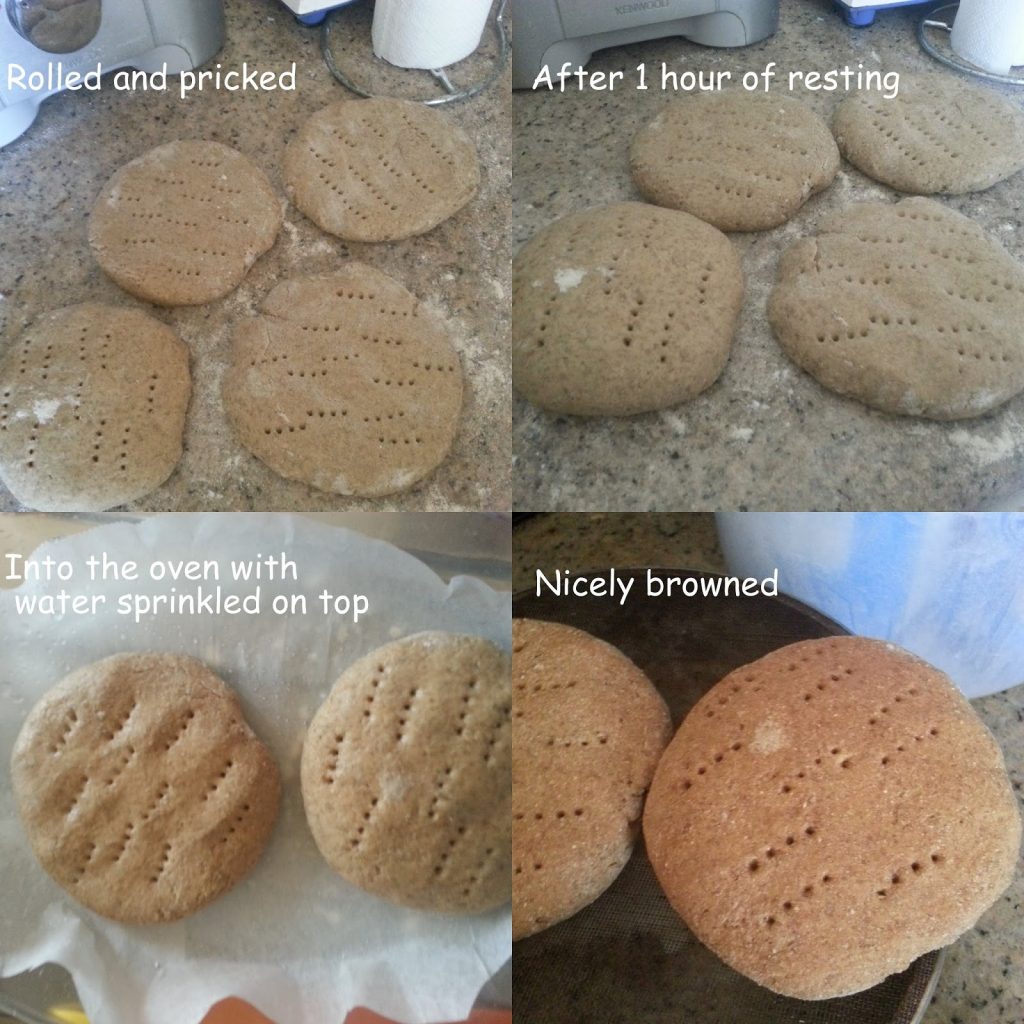 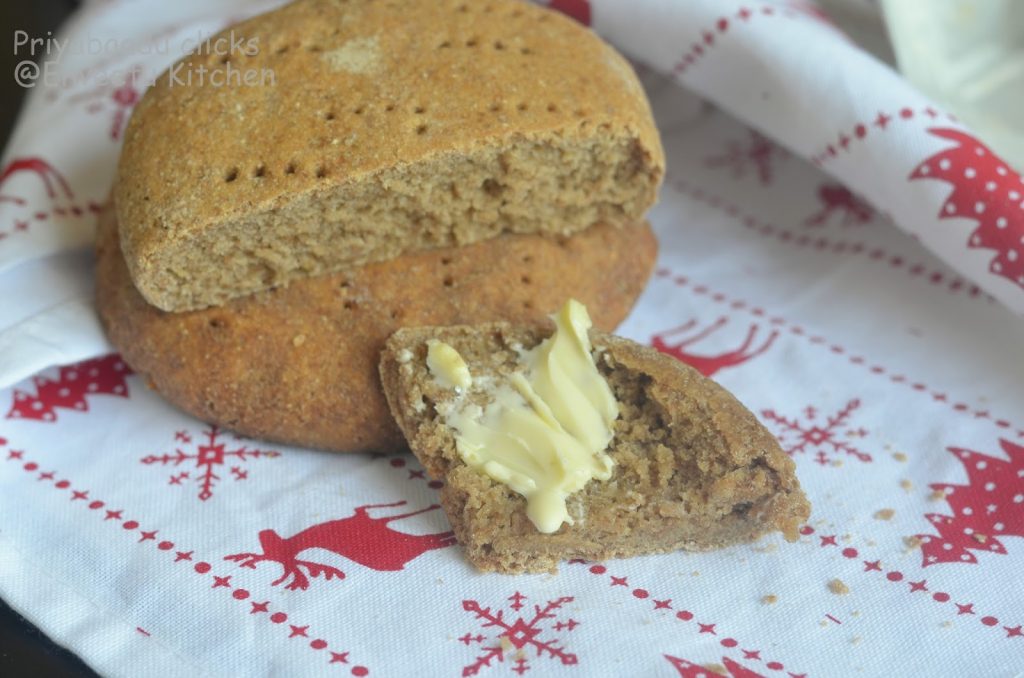 Sending this to Come, join us for breakfast, happening @ +srivalli jetti‘s Space.