While searching for some traditional Naan bread recipe’s, obviously wiki popped with varieties of naan bread across the Asian continent. Among-st the list, this Tajik Non/Naan grabbed my attention. First the name, it is called Non and next the details on it. I followed the link and read about it.
Tajikistan is a mountainous landlocked country in Central Asia. Tajik cuisine is a traditional cuisine of Tajikistan, and has much in common with its borders Russian, Iranian, Afghan, and Uzbek cuisines. 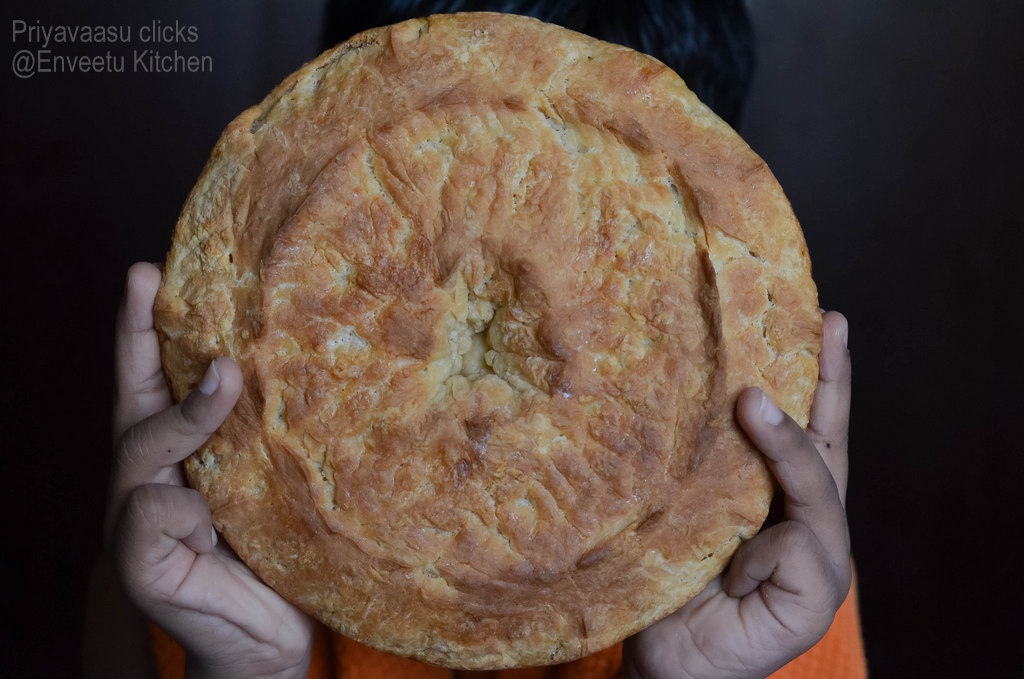 Meals are almost always served with non, flat-bread found throughout Central Asia. If a Tajik has food but not non, he will say he is out of food. If non is dropped on the ground, people will put it up on a high ledge for beggars or birds. Legend holds that one is not supposed to put non upside down because this will bring bad luck. The same holds true if anything is put on top of the non, unless it is another piece of non.
I got curious with the shape of this bread. So, went on to search for the recipe, lucky me there was a fool-proof recipe, with a video from the author herself, who was attending a wedding in her home town and she filmed local women making this bread for the wedding. 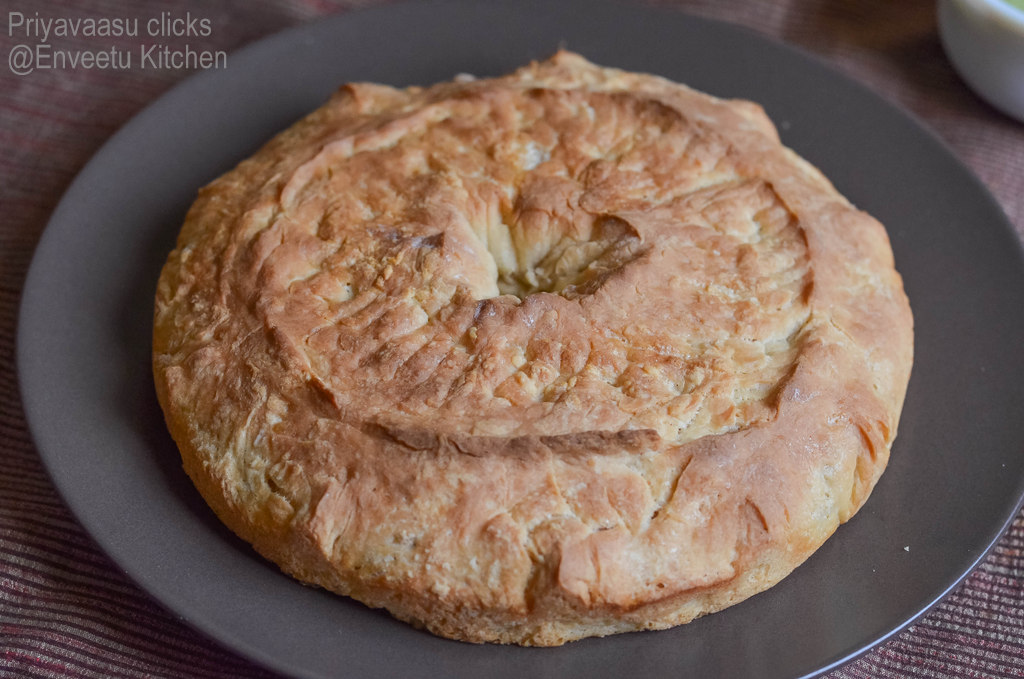 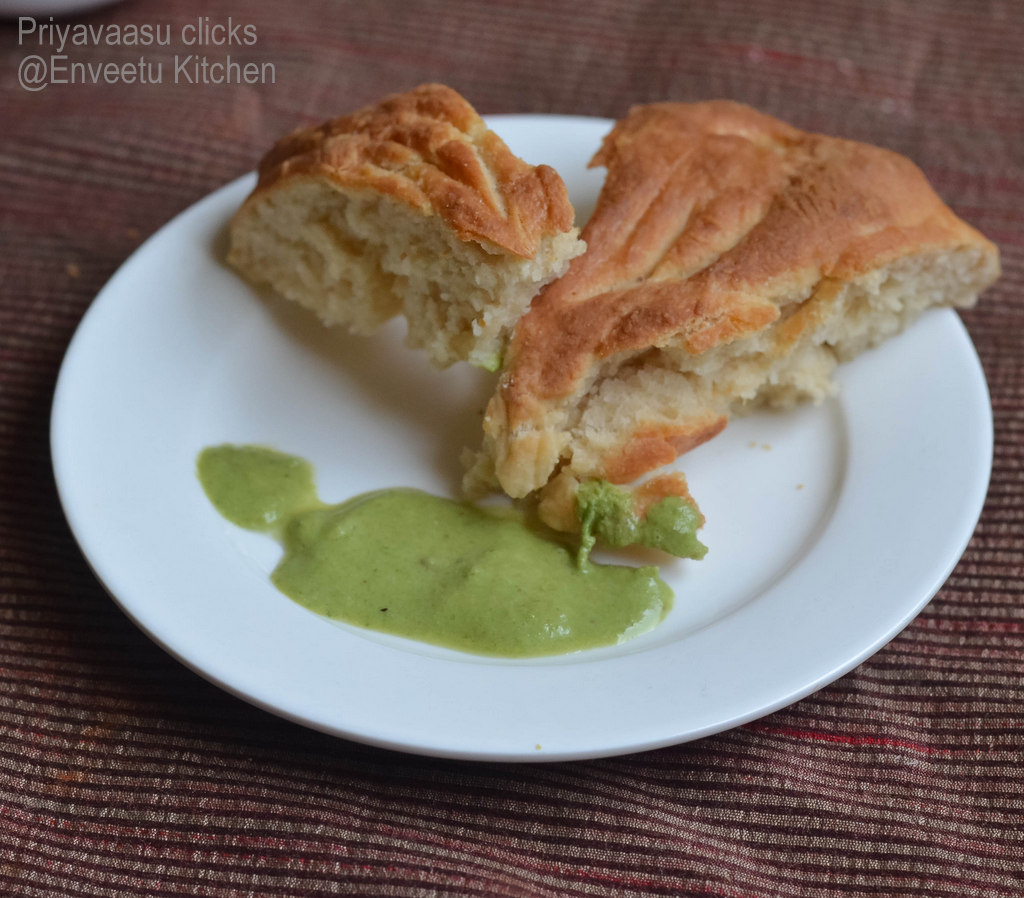