All these days i thought pinacolada to be a funky name given to a simple pineapple drink, until last month’s Baking Eggless Challenge. It was a Pinacolada cake,suggeted by Meena. The Original recipe was in polish, which +Gayathri Kumar  translated for us. While going through the recipe, i came to know the proper origin and ingredients for a pinacolada. How ignorant am I!!!The piña colada, an official beverage of Puerto rico,  is a cocktail made with rum, cream of coconut, and pineapple juice, usually served either blended or shaken with ice 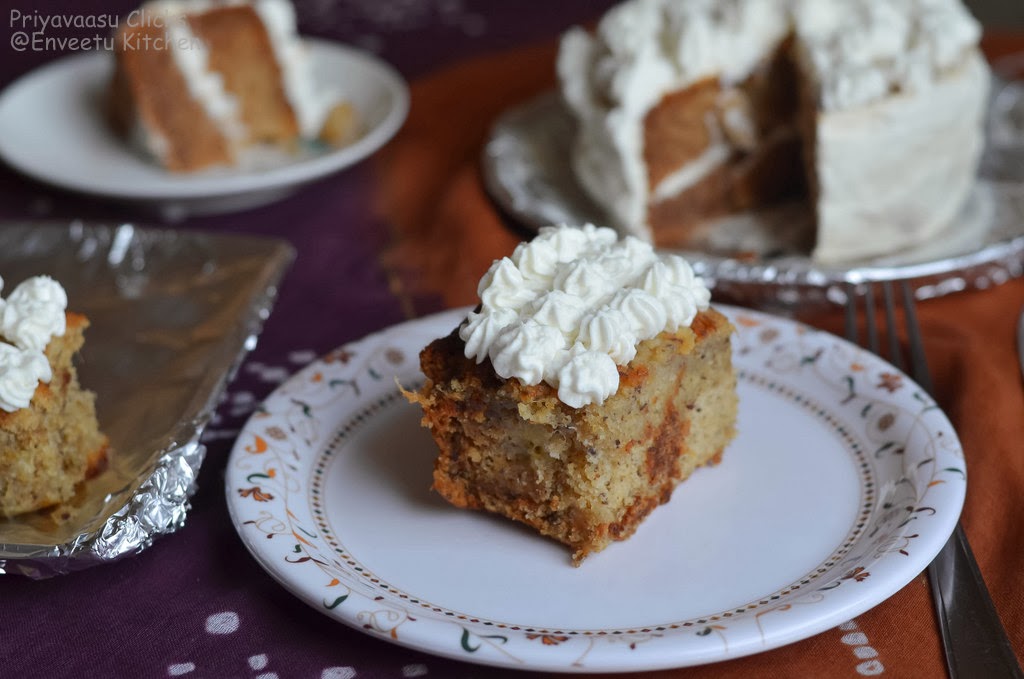 I have mixed and matched the ingredients to my taste and knowlege and came with this recipe, though the cake came out a bit densed, the taste was very good. First time i baked this with flaxmeal as egg subsititue and second time i used vinegar. Both the cakes cameout good. 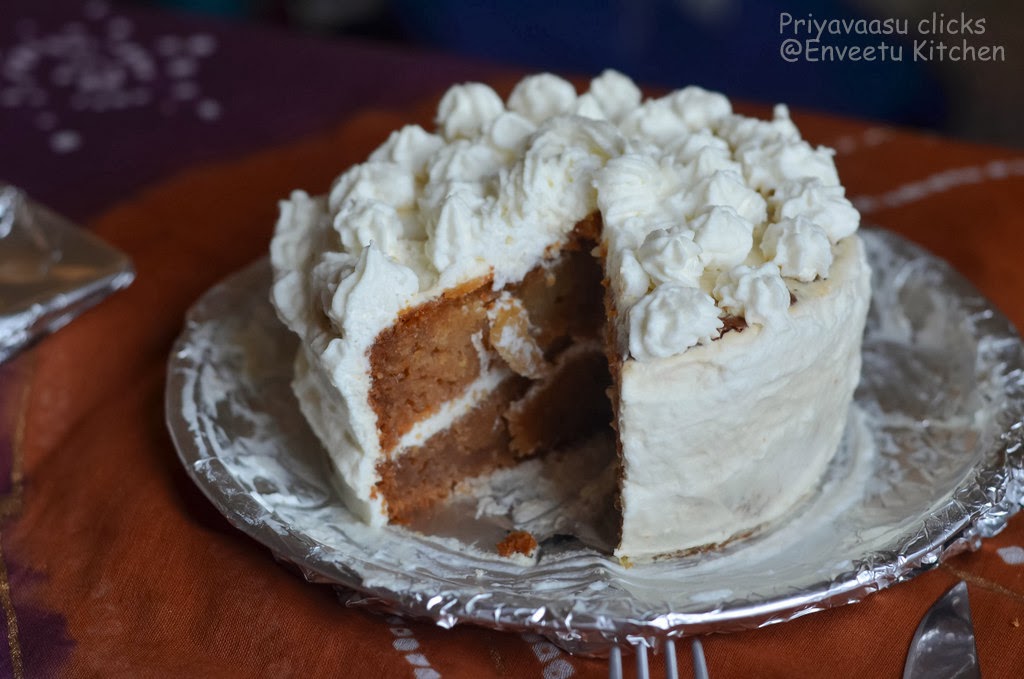 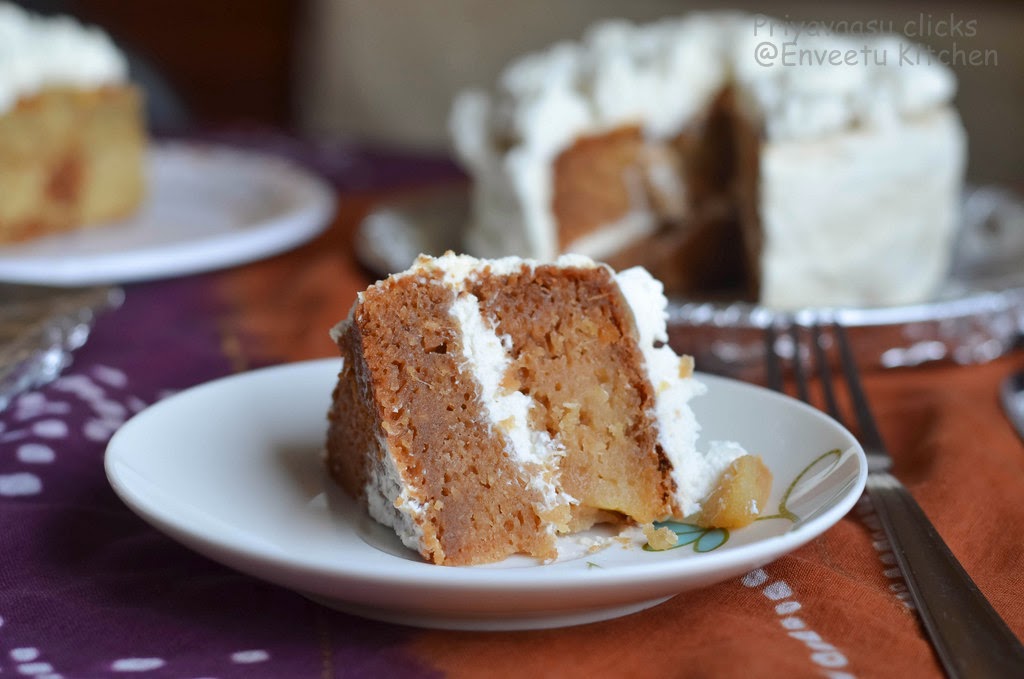 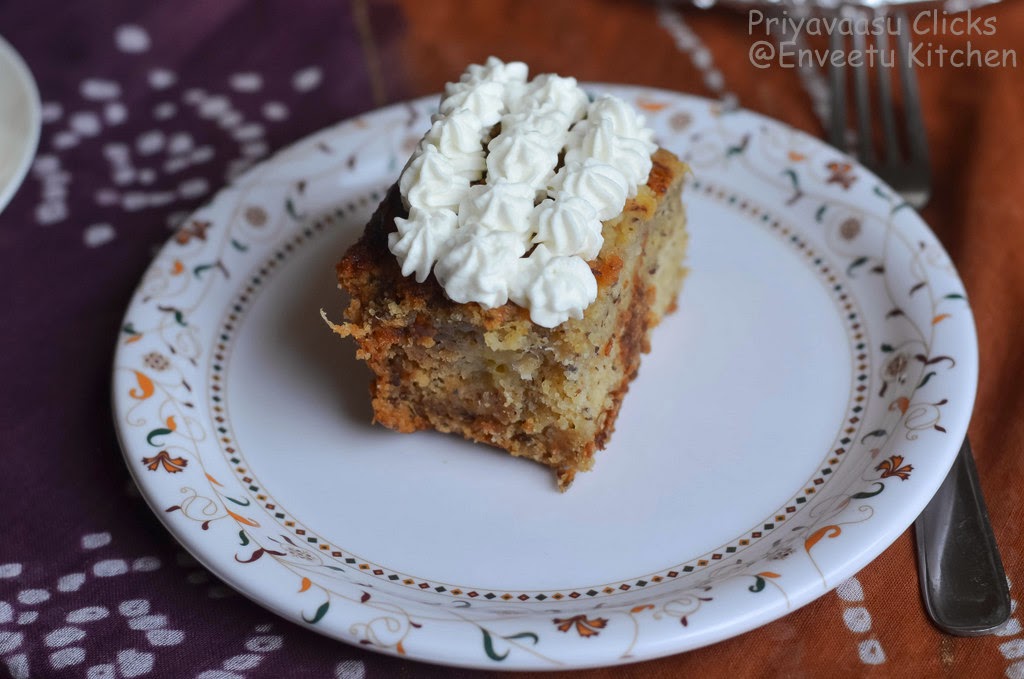 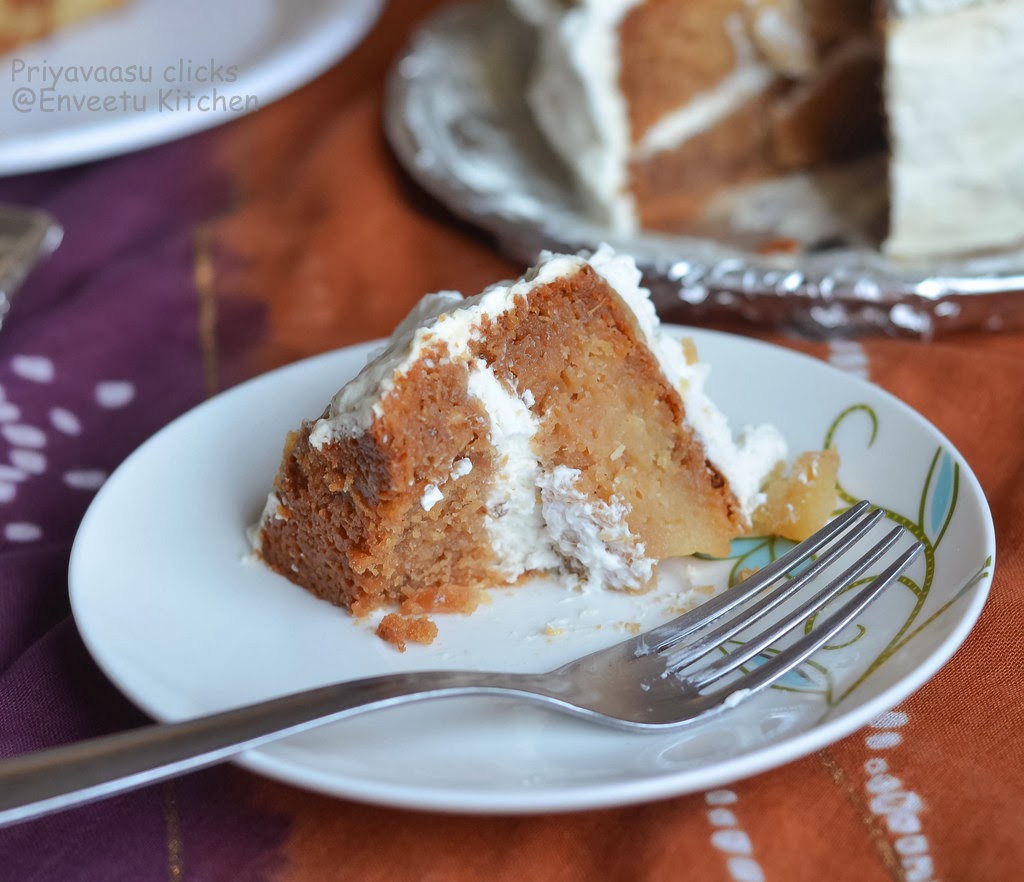