Khubz Arabi or khuboos as it is known here in this part of world, is nothing but the pita bread(for rest of the world) a soft, pillow-y flat-bread, baked using wheat flour.Pita are baked at high temperatures causing the flattened rounds of dough to puff up dramatically. When removed from the oven, the layers of baked dough remain separated inside the deflated pita, which allows the bread to be opened to form a pocket. However, pita is sometimes baked without pockets and is called “pocketless pita. 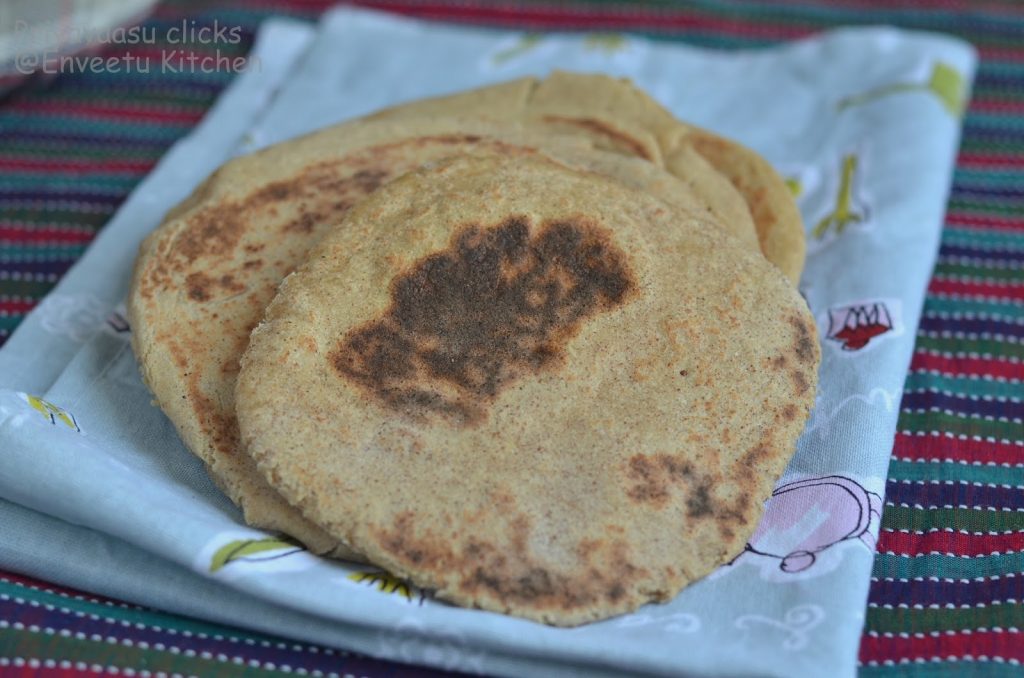 When i decided to make pita’s, i didn’t check my pantry, when i started the preps, i noticed, wheat flour is very less. So, i used Multi-grain flour to make these pocket breads. I was in a big doubt, whether it will fluff up or not. But to my surprise,the bread puffed up like a cloud and we enjoyed our breakfast with a healthy dose of cheese, vegetables stuffed Pita’s.
Pita’s/Khuboos is a good make ahead bread. You can make a good batch of dough, and stuff in the refrigerator after the first rise. Take out what is required and stuff it back in the fridge, the dough keeps well up to a week. 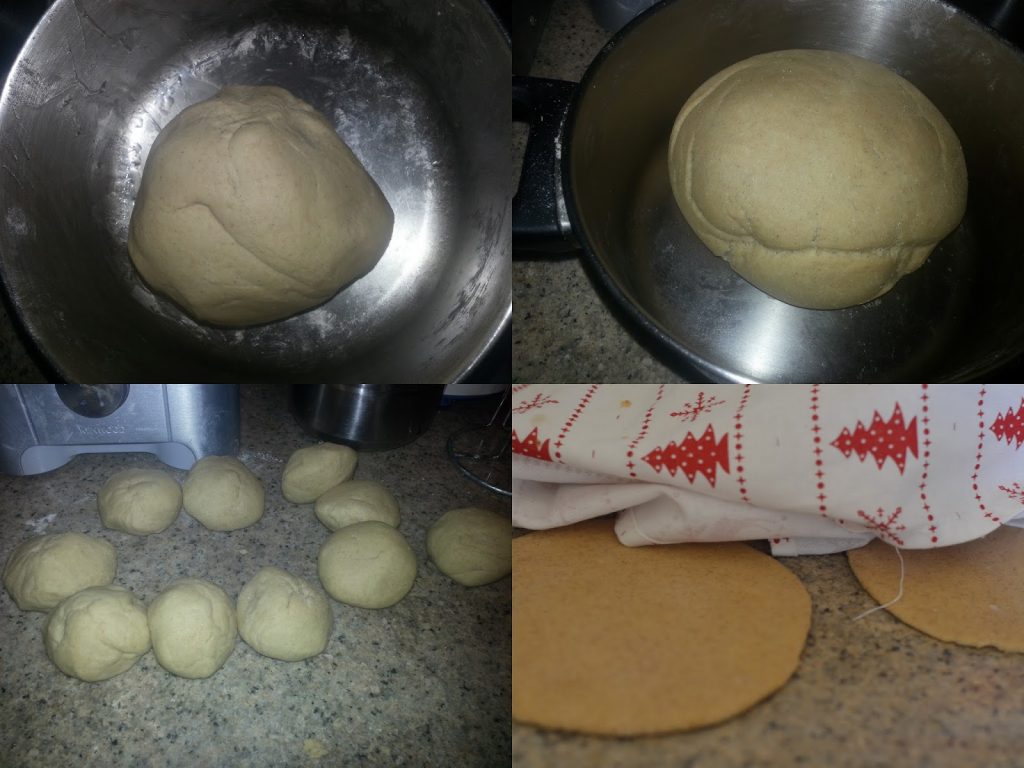 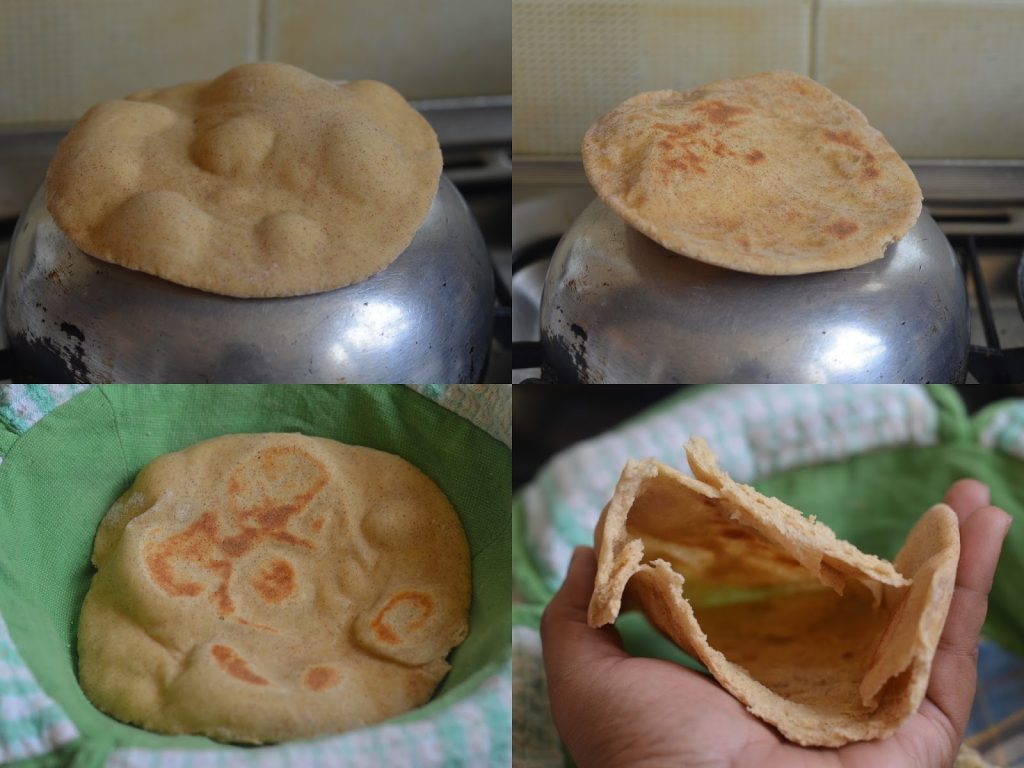 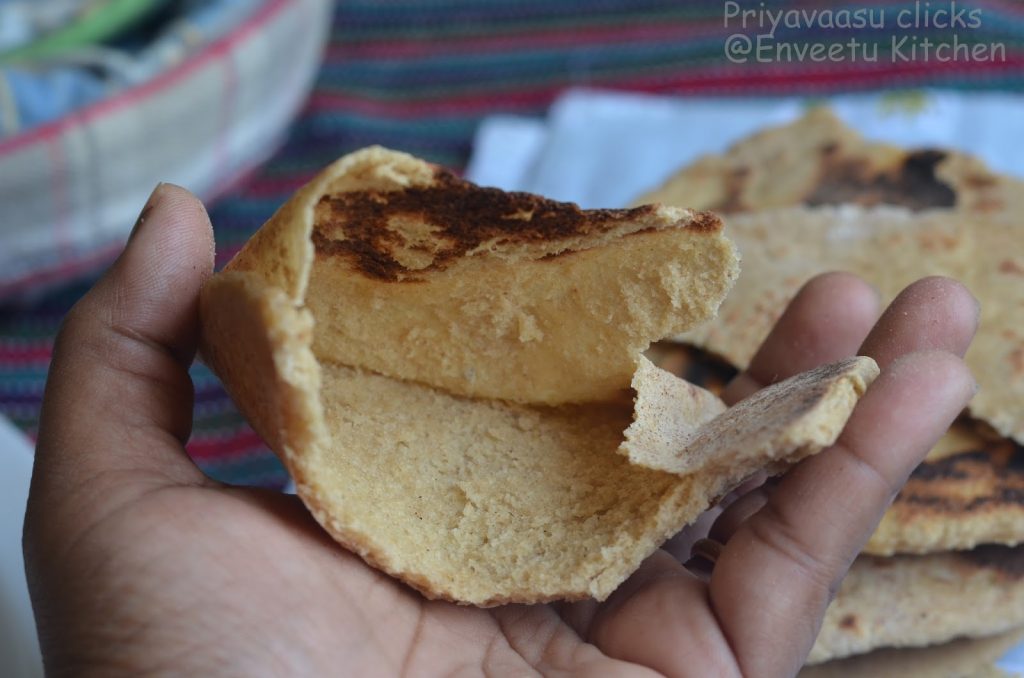 Sending this to Come, join us for breakfast, happening @ +srivalli jetti