When Valli announced Oil-free breakfast as one of the themes for BM#36, i know i m going to have big time deciding which recipe to post first. Oh yes, there are so many recipes, that can be cooked without oil or minimum oil everyday.  To start with i m posting Ragi idiyappam. 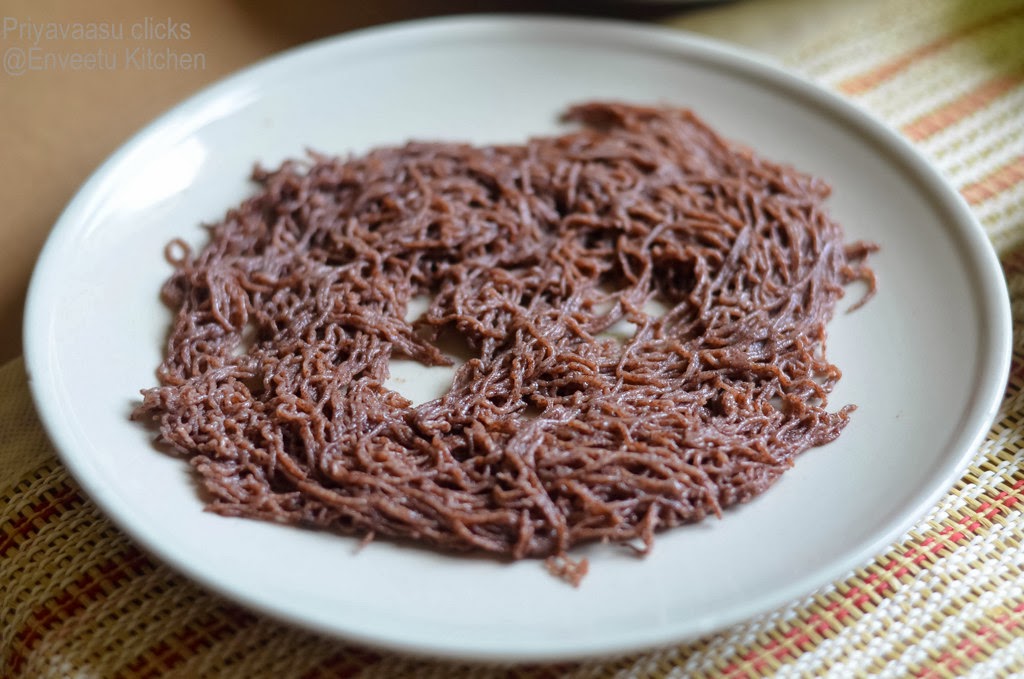 According to WIKI: Idiyappam is culinary specialty in Kerala, Sri Lanka, Tamil Nadu and coastal areas of Karnataka  The name idiyappam derives from the Tamil words idi, meaning ‘broken down’, and appam, meaning “pancake”.

It is made of rice flour or ragi flour (Finger millet flour), salt and water. It is generally served as the main course at breakfast or dinner together with a curry (potato, egg, fish or meat curry) and coconut chutney. It is served with coconut milk and sugar in Sri Lanka and in the Malabar region of Kerala. It is not usually served at lunch. In Tamil Nadu and other parts of Kerala, it is mostly eaten with spicy curries. I personally prefer to have it dunked it dal. 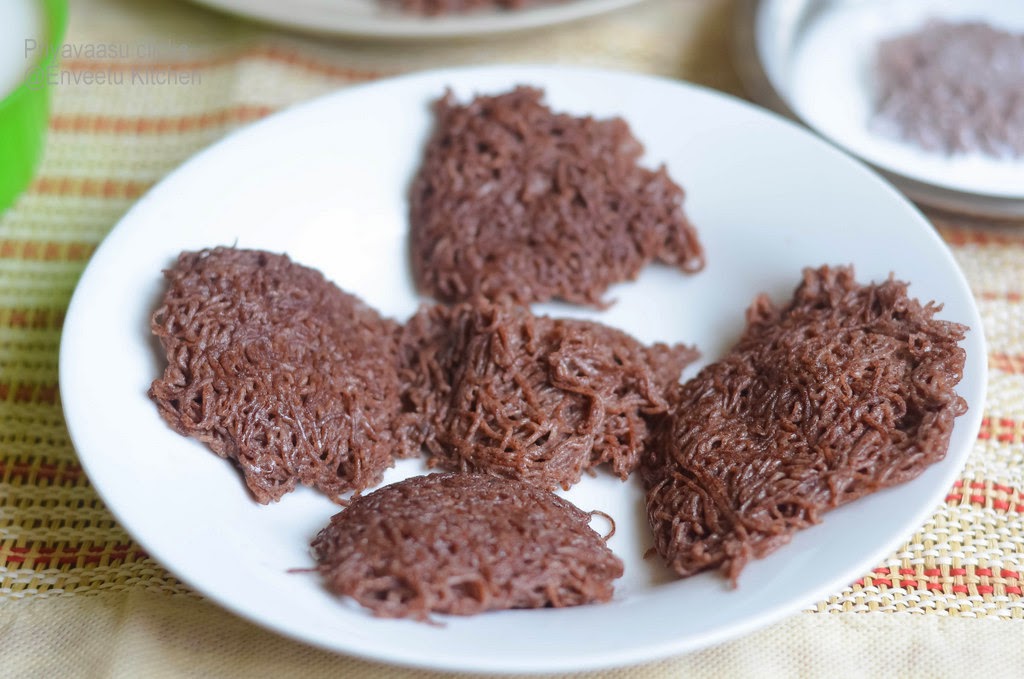 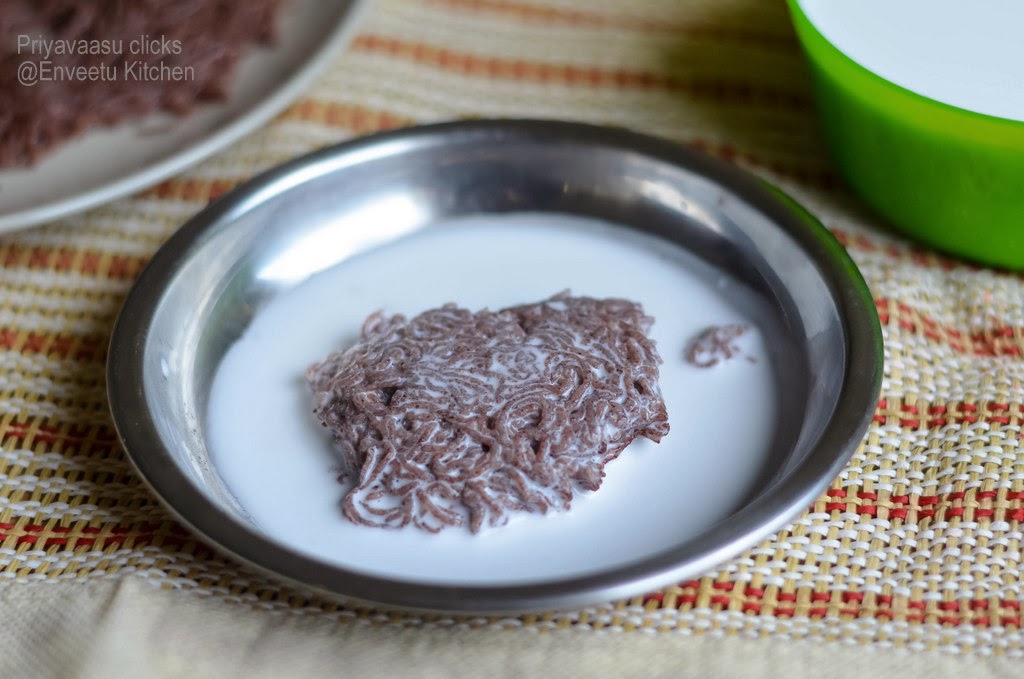 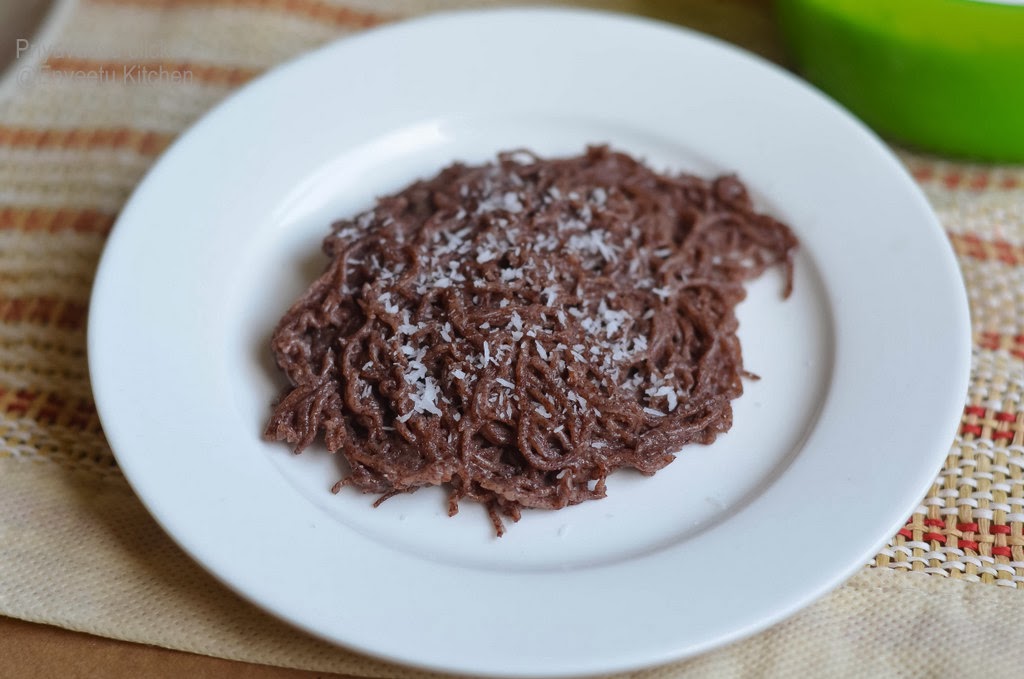