The last recipe for the Temple Prasadam theme, i bring you Panjamritham. Panjamritham literally means 5 amritham(elixir). It is combination 5 ingredients that is offered to god and is so famous all over the world. Pazhani is one of the Arupadaiveedu (6 abodes) of Lord Muruga. It is considered as the 3rd of the 6 abodes of Lord Muruga. The Story behind this place is a family feud. Oh yes, celestial gods too had this!
It all started with Sage Narada, who brought a Mango, saying it as a divine fruit. Now there erupted a discussion among Lord Ganesh and Lord Muruga, on whom should have that fruit. Seeing this Lord Shiva, their dad, decided on a competition. Whoever circumnavigates the world in a second, is the winner of that fruit. Lord Muruga got over-enthusiastic, he immediately jumped on his Peacock and dashed away to finish the competition. Now the Lord Ganesh, the intelligent, simply came around his parents and said if this whole world rises and fall at your one word then your are this World.  No other option for the parents, he was right so the fruit was given to him. 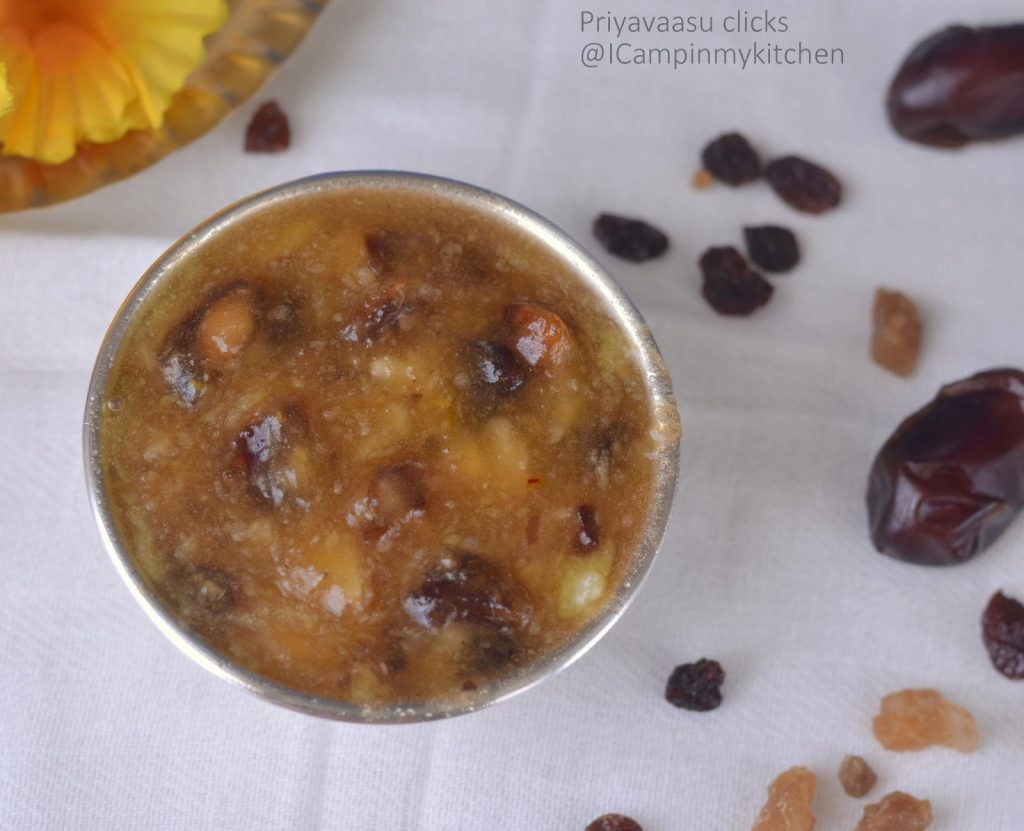 At the same time, Muruga landed on kailas, for getting his victory prize, but seeing the fruit at the hands of his brother he became furious. He couldn’t accept the decision and angrily left mount kailash, saying that he doesn’t want anything, leaving everything, he settled in the hills with a shaved head and nothing but a loin-cloth and a staff in his hands in Palani. Later his mom, dad and brother followed him and cajoled him saying he is the Divine fruit(pazham nee) and he too left his anger and joined them.
The statue of lord muruga at the hills is said to be made by Siddha Bogar using an amalgam comprising navabashana or nine different kinds of medicinal minerals blended together in certain rare proportions. It is said the milk and panchamritham poured on the statue attain medicinal properties by reacting with the minerals on the statue ,and said to cure diseases. 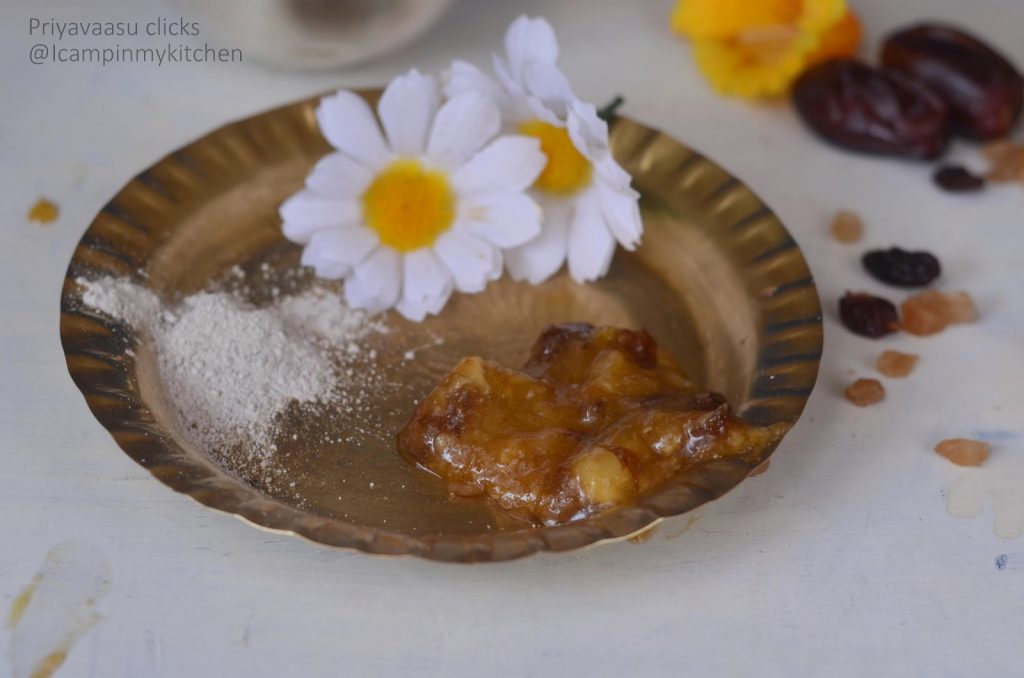 So, that is with the story, now coming to the recipe of Panjamirtham, which also has a story.!!!According to the temple page, the taste and the quality of panjamritham is enhanced because of the quality ingredients used in its making. The main ingredient of the recipe bananas are from Virupakshi, a village near palani hills, where it is cultivated.  The specialty of these banana are that they have a very less water content. And also the sugar used is Kandasani sugar, i tried googling about it, but in vain. While trying to recreate that prasadam at home, i missed the first ingredient virupakshi banana and also the kandasani sugar. Tried my best with the ingredients i had in hand. 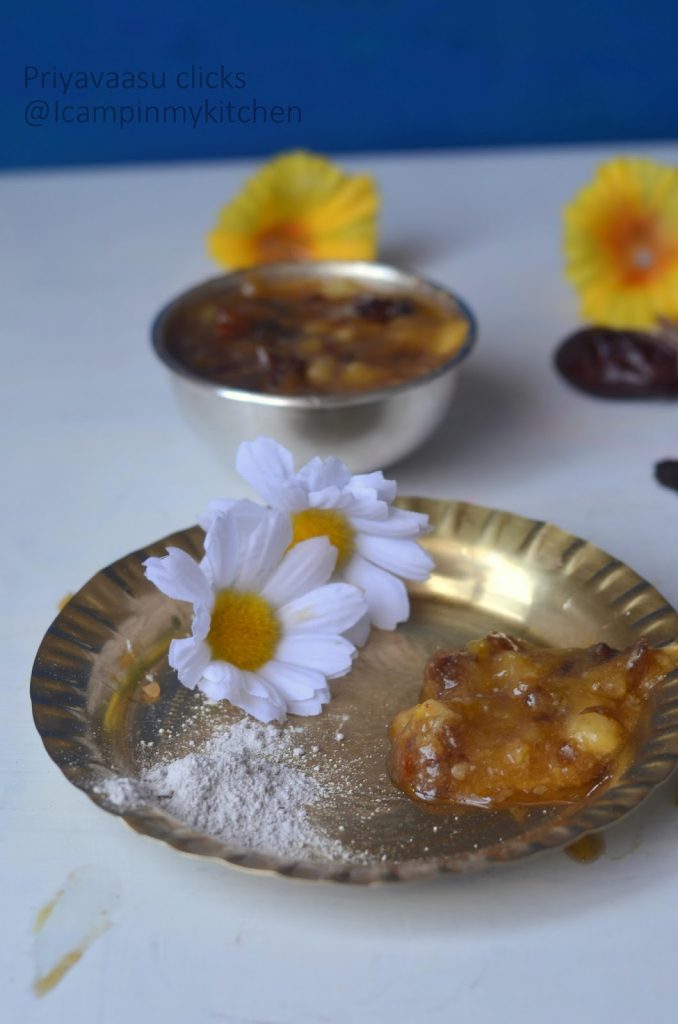