Broken Wheat sarkarai pongal, a sweet pongal recipe made with broken wheat. A delicious dessert made during the pongal festival.

Pongal is the harvest festival of Tamilnadu. It is celebrated across the country in different names, Lohri, Bihu and Sankaranthi. Pongal festival falls during mid-january, which also marks the solar equinox, the beginning of summer days.

Since pongal is the harvest festival, it celebrates the fresh crop of the season. This tradition promotes the mantra, eat local. All these new jargons we follow now has been there in our traditions, we are just dusting the rust off and giving it a new name.

The highlight of the festival is the Sweet pongal made with newly harvested rice and lentil. You can check the recipe of Sarkarai Pongal here.

How to make Broken Wheat Pongal

Dry roast broken wheat and dal until golden brown. Cook them until soft with milk and water. Milk brings out the richness in the dish, sarkarai pongal is a dish apt for the kings, so there will be lot of enriching elements like milk, ghee and nuts. If vegan, opt for plant-based milk.

While the mixture is cooking, melt jaggery and strain the impurities and keep it ready. Once the wheat and dal is soft, add the strained jaggery syrup to it and cook until it absorbs all the liquid. Add ghee roasted cashewnuts and raisins to it and take it off thestove.

Pongal tends to thicken as it cools, so make sure you take it off the heat when it is of the porridgy consistency. 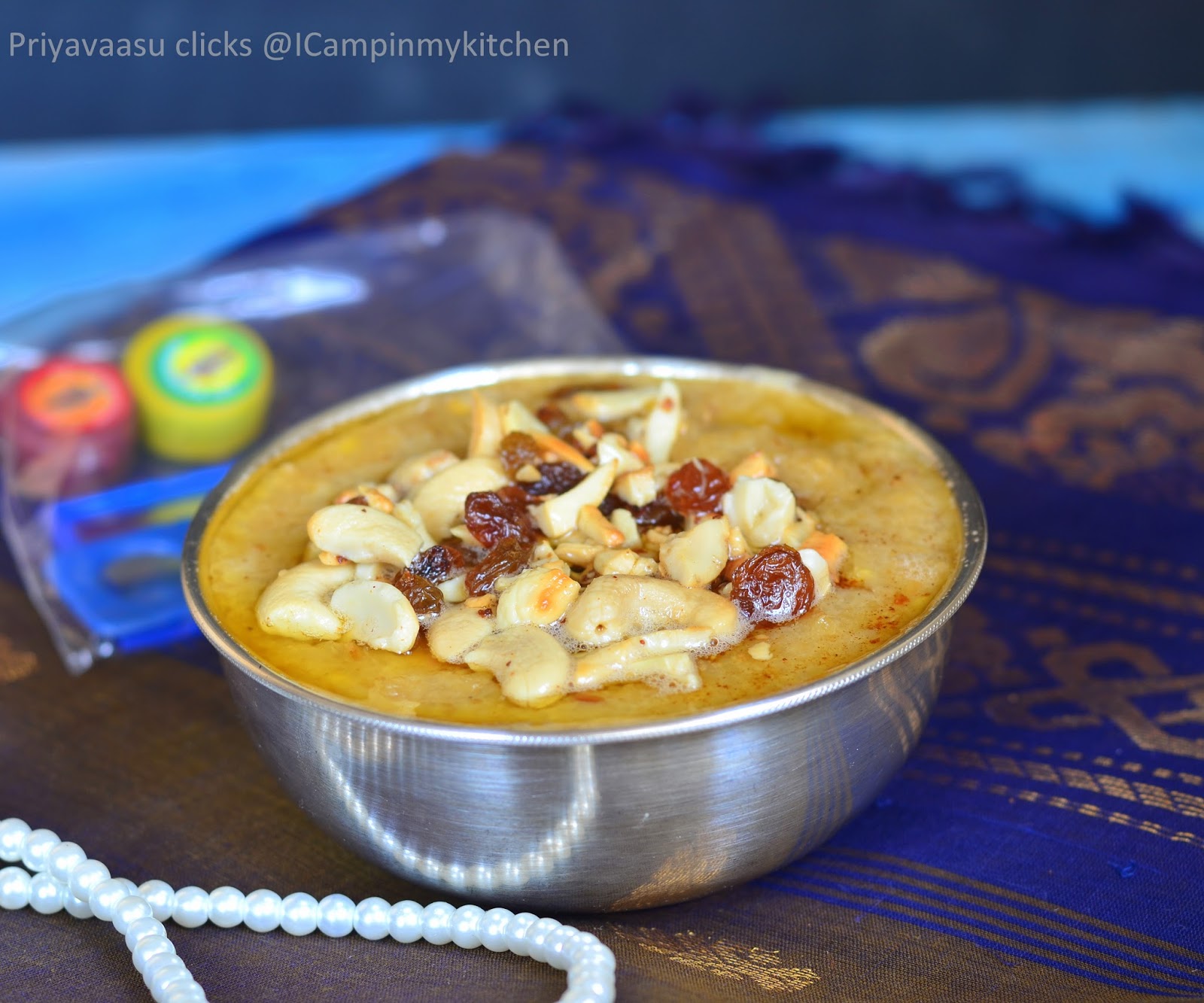 Take care with edible camphor, adding too much will overpower the dish. Add only a pinch at the end and mix well.

Serve the broken wheat pongal warm. This is also a great make-ahead dessert. Warm it just before serving to enjoy the richness of the dish.