Soy chunks or Meal Maker, i knew it with the later name  and was introduced to this by my friend Chitra. She add this to the Vegetable Fried Rice and almost immediately fell in love with the first bite, the chewy and spongy texture with all the spices blended in it!!!! My First time cooking with Soy Chunks was not that tasty but later i learnt how it should be pre-cooked in hot water and used in curries. Now, we enjoy this Nutritious and Delicious Curry often with Roti’s and Sometimes as such as a meal. 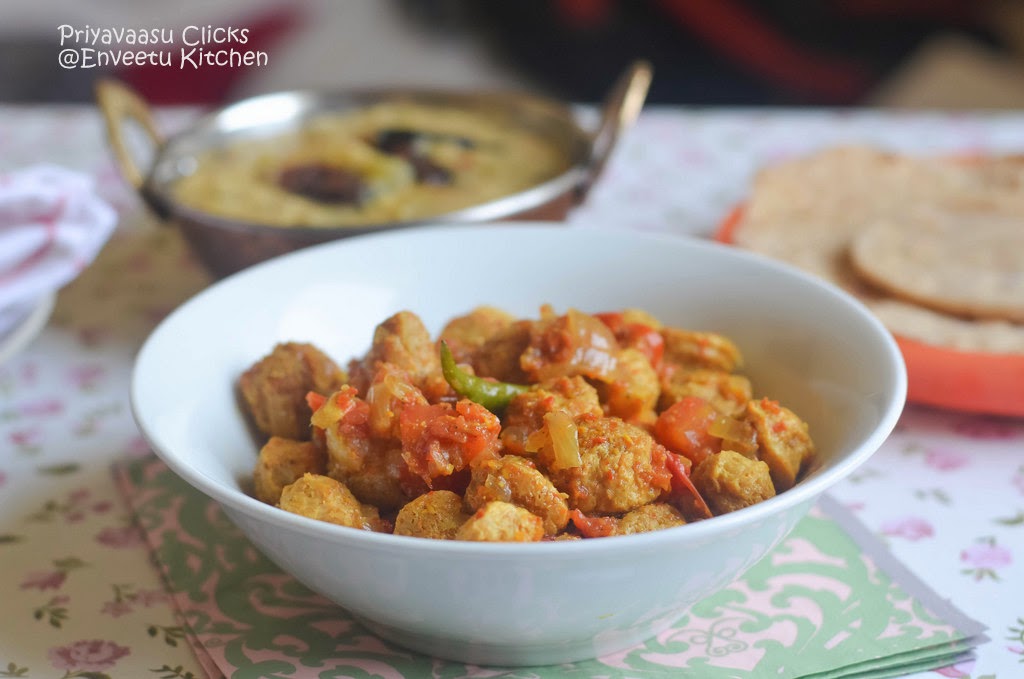 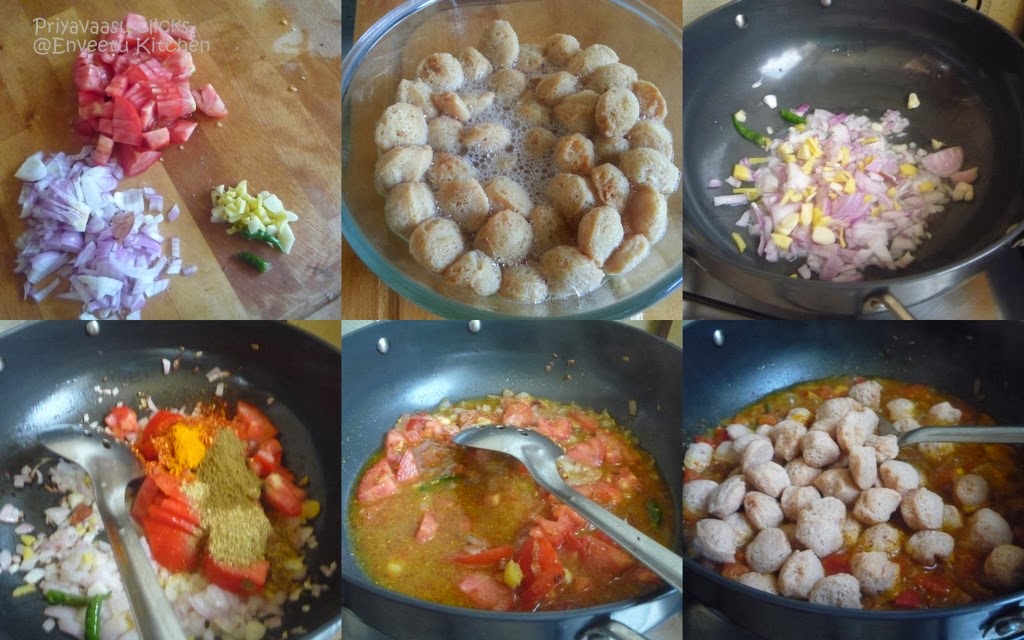 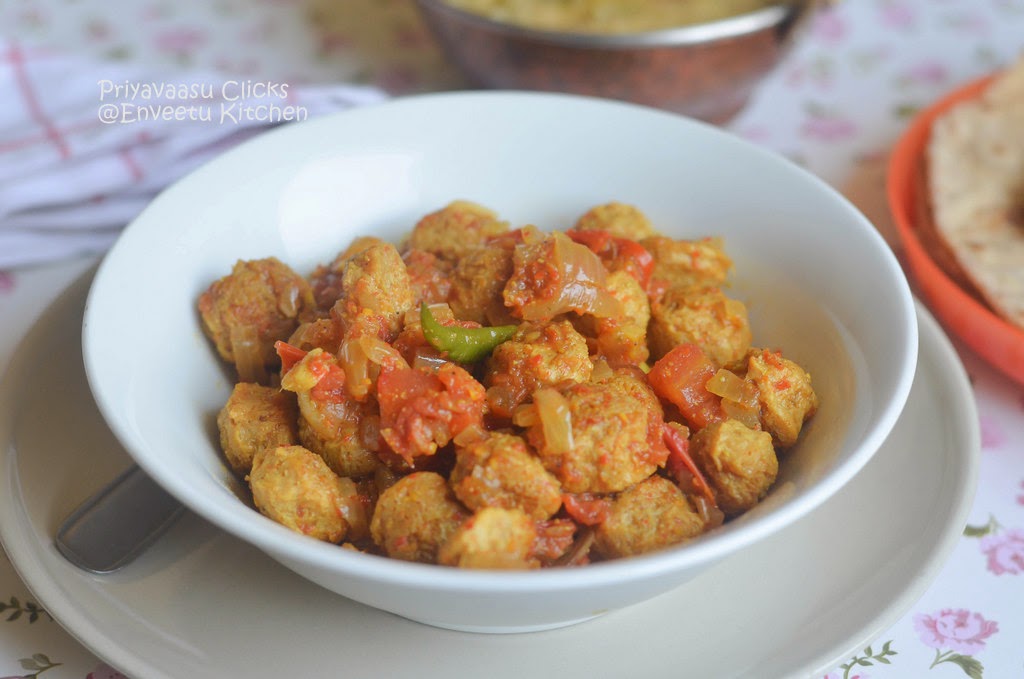