Another tempting snack for this Diwali. Ompodi/Omapodi, a gram flour snack made with ajwain/omam. It is a must-have snack back home for Diwali, as it is my Dad’s Favorite snack. Appa likes Mysurpa and this Omapodi. So, his loving wife, my Mom makes both for Diwali. This is the first time, i making omapodi the traditional way. First when amma told that i have to soak atleast ¼ Cup of ajwain for 2 cups of besan, i was thinking, what old lady, crazy? i don’t want to make some medicine for indigestion, i making a diwali snack!!! But she told me to follow the recipe to the T, which i did. The result was a crunchy, munchy Omapodi which just vanished as i was making. Had a hard time controlling bala not to touch it anymore. I called her to tell that is a super-hit, she gave her traditional laugh at the other end. 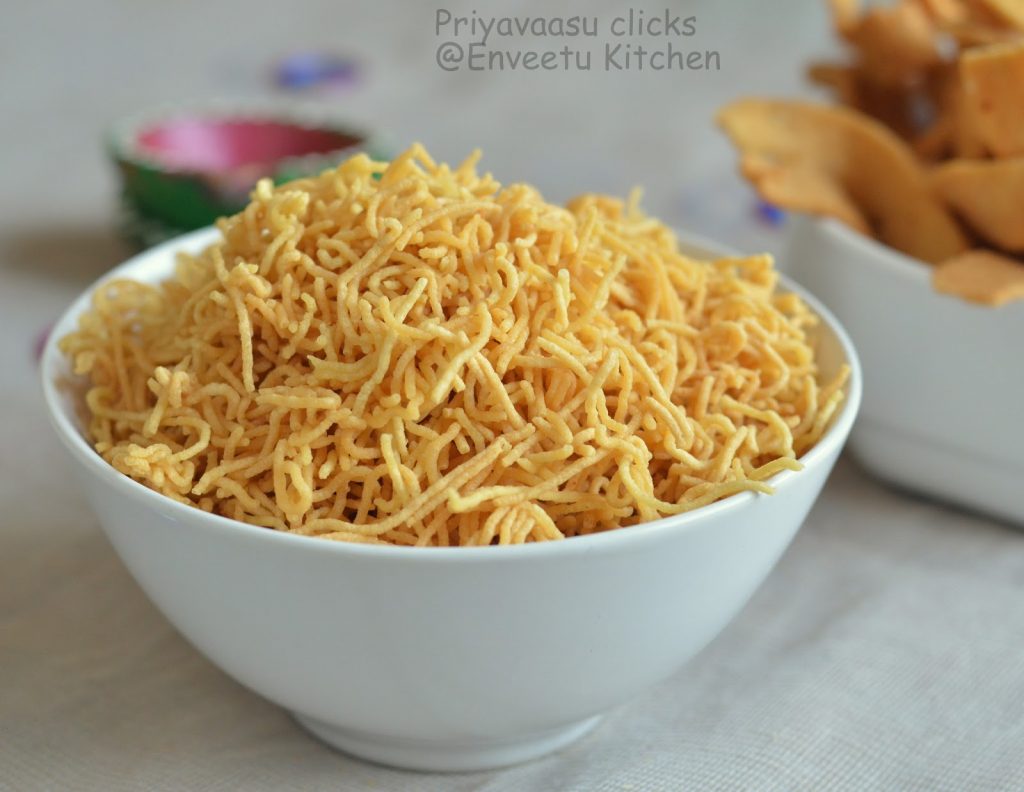 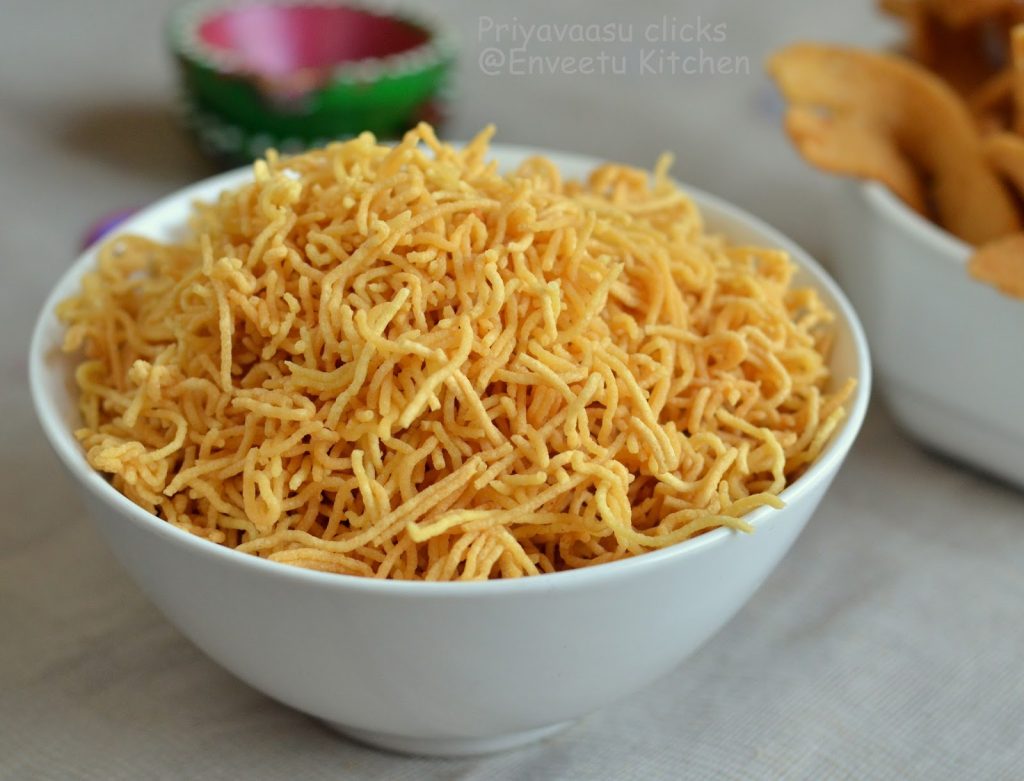